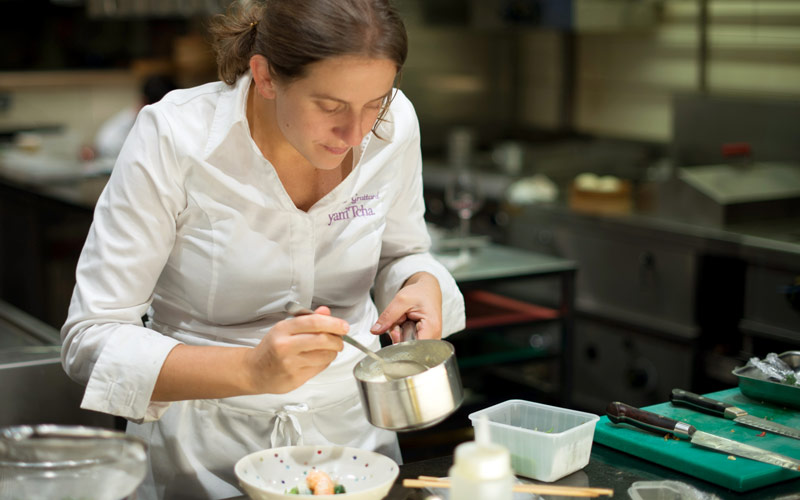 Chef Adeline Grattard, who was profiled during season 2 of Chef's Table. (Photo by Lucie Cipolla/Netflix)

Netflix just announced that Chef’s Table, its Emmy-nominated reality series, will return for its third season on Sept. 2—the exact same day Amazon will debut its series Eat the World with Emeril Lagasse.

Amazon’s Eat the World will follow Emeril as he travels to another chef’s favorite place to explore its cuisine. In its six episodes, he’ll go to Cuba with Aarón Sánchez in Cuba, Sweden with Marcus Samuelsson, China with Mario Batali, Spain with José Andrés; Italy with Nancy Silverton; and Korea with Danny Bowien. (Watch a preview.)