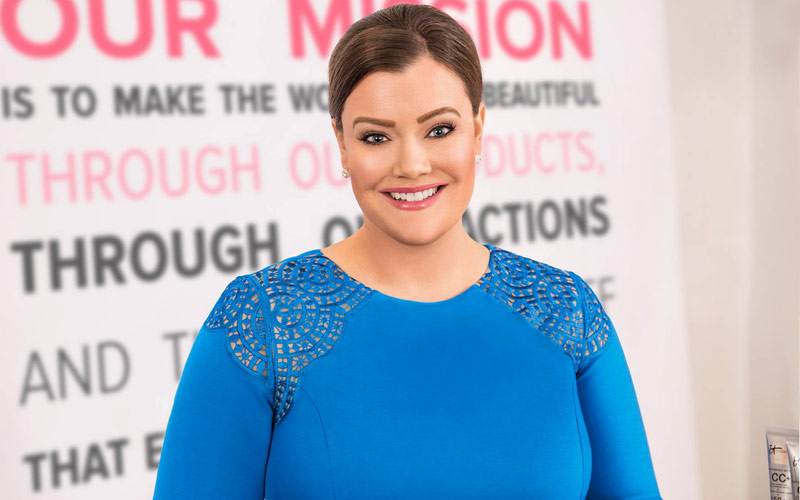 Jamie Kern Lima, the founder of IT Cosmetics and the fourth-place contestant on season one of CBS’ Big Brother, just sold her company to L’Oréal for $1.2 billion.

IT Cosmetics, which Jamie founded in her apartment after quitting her job as a TV news anchor in 2008, and which had its genesis in her attempts to cover rosacea, now sells hundreds of skin care and cosmetics products. It took off after Jamie’s pitches convinced QVC to give it a 10-minute shot and now is a regular on the channel.

L’Oréal Luxe USA’s president, Carol Hamilton, told WWD that “Jamie builds confidence in women in such a meaningful way…and it’s authentic,” and added “that she’s an absolute magical formulator. Her products have not only true performance, but they create an addiction with their consumers because they are just so great to use in a sensorial way and a performance way.”

In a message posted to the company’s Facebook page, Jamie wrote, in part,

“At IT Cosmetics, our mission is to make the world more beautiful through our products, through our actions, and through our belief that every woman is beautiful and deserves to feel her most beautiful. This partnership will allow us to utilize the amazingly strong infrastructure at L’Oreal to grow and spread the IT Cosmetics message in an even more powerful way and to get our life-changing products into the hands of even more real women across the globe! I will remain the CEO of IT Cosmetics, and I can assure you that the integrity and quality of our products, our commitment to being completely cruelty-free and our commitment to giving back in a big way will remain 100% intact and true to IT!”

Jamie, who’d previously competed in Miss USA and appeared on Baywatch after winning a competition, went on from Big Brother to earn an MBA from Columbia Business School in 2004.

Nightline profiled her earlier this year: