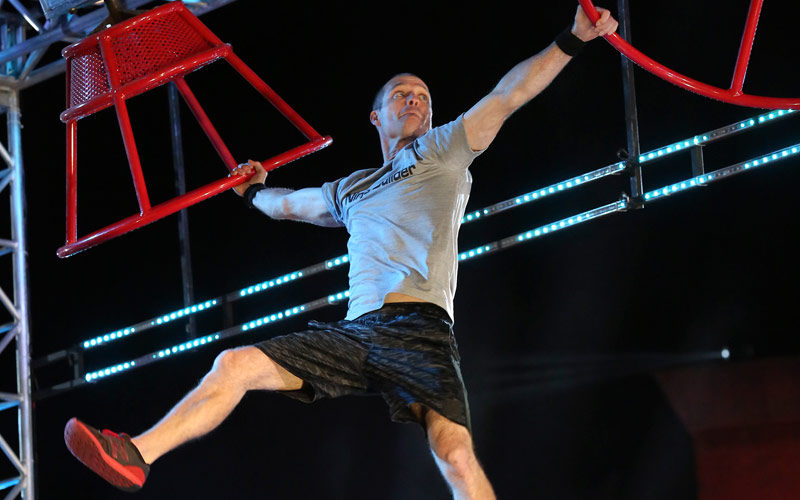 NBC is enlisting fans of American Ninja Warrior to design obstacles that may be used in the competition next season, and one contest entrant person will win a trip to the set.

First, ANW will definitely be back for another season. The show remains extremely strong: last week it was the third most-popular show across all of broadcast and cable among viewers 18 to 49, coming in behind NBC’s America’s Got Talent and ABC’s The Bachelorette, but ahead of CBS Big Brother. It’s also a franchise that now spans two networks, NBC and Esquire, and has a spin-off.

Another season means more new obstacles, because producers want to surprise and challenge the competitors who build their own obstacles to practice. Last year, executive producer Kent Weed told Men’s Journal, “We have to keep up with the ninjas. The minute we create a new obstacle, the ninjas build it in their backyards and you see it pop up on YouTube. So we have to stay fresh.”

How to design an obstacle for American Ninja Warrior

Entries for the American Ninja Warrior Obstacle Design Challenge consist of an up to 100-word description of the obstacle plus an illustration (video or picture), and are due no later than Sept. 13.

There are restrictions on possible obstacles. From the rules:

Entries that have already been submitted can be viewed on the contest’s web site. Currently, they include proposed obstacles such as the Broken Helix, which has two twisted ramps separated by a swing, and Step Quicksand, on which some steps sink into the water.

The contest rules say that individuals can enter up to two times, but all entries become the show’s property, and entrants give the show:

“the non-exclusive, royalty-free, and irrevocable rights to use, reproduce, copy, publish, display, distribute, perform, translate, adapt, modify, and otherwise exploit the Submissions and materials relating to Submission (including without limitation photos, drawings, designs, footage, models, prototypes, promotional or marketing material provided and/or created by entrant) and to incorporate the Submissions into any advertisements and/or in American Ninja Warrior (the “Show”), and to exploit the advertisements and the Show in perpetuity in all media now known or hereafter devised.”

The winner receives a trip for four to the set of American Ninja Warrior, including two nights hotel (one room for all four people) and airfare.

It’s possible others will see their obstacles come to life, too. The contest says that producers “may select one or more ideas to become an actual course obstacle for the 2017 season of American Ninja Warrior.”