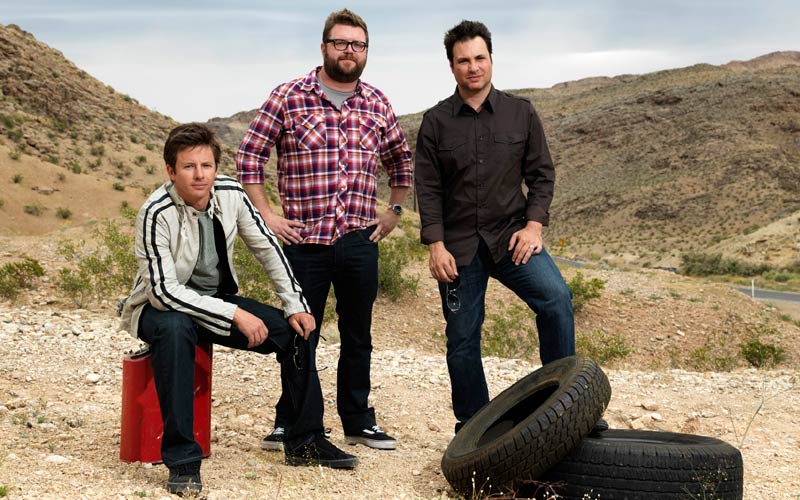 Last night’s Top Gear episode on History was the spin-off’s last: the American version of the British show has been cancelled—but one of its co-hosts and its production company have suggested there’s still a future for the show on American television.

Co-host Rutledge Wood initially revealed the cancellation Sunday, and in the same Instagram post suggested that it may return in the future on another network. He wrote that Tuesday’s episode “is the last TG US that we have shot for you. I’m not saying Top Gear USA is done, but it’s done for the immediate future on @History.”

Last night, he suggested the same thing again, writing on Instagram in part,

“We have loved our friends at History & I wish we could be on there forever…but we will stick together & you’ll see us again soon, I promise.”

This does not just appear to be one cast member’s hopes and dreams, as the show’s production company has said it’s looking for a new home for the series.

In a formal and cold statement that even uses the phrase “contractual run,” producers BBC Worldwide told The Hollywood Reporter,

“History treated Top Gear USA with great care, and the show had a solid five-season contractual run with the network. We are fully committed to the hugely successful Top Gear brand—known all over the world—and have begun exploring new opportunities for the series in the US.”

The American spin-off of the British cult hit debuted in 2010 and aired six 10-episode seasons, except seasons two and three, which each had 16 episodes. It was hosted by Wood, Adam Ferrara, and Tanner Foust.

In its initial review of the series, The New York Times said Top Gear USA was “a show that at this point lacks the character of the British original but is, particularly in its second and third episodes, reasonably entertaining by American reality-TV standards.”