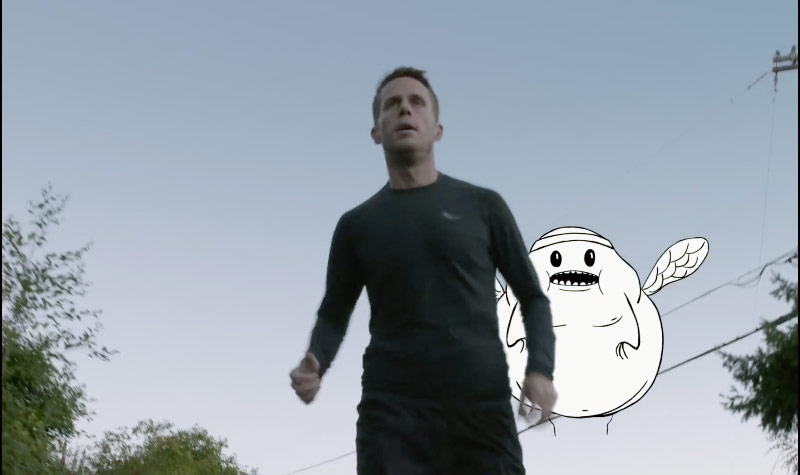 If you don’t regularly read or follow The Oatmeal, you’ve probably seen one of its comics shared on Facebook or elsewhere, which range from meditations about cats to this surprisingly poignant story.

The Oatmeal is the creation of Matthew Inman, a 32-year-old Seattle resident who’s written several books, such as How to Tell If Your Cat Is Plotting to Kill You, and late last year, the running shoe company Saucony released a 171-second film about Inman and his life.

As he explained in a blog post, “Saucony made a mini-documentary about my cartooning, eating, and running habits. This was shot in my house in Seattle, Washington over a couple of days.”

It’s a fast but highly entertaining biography, illustrated by Inman, and focuses on his life as a runner. It has his characteristic honesty—”I wake up and I’m running because I have a hangover and I had, like, corndogs for breakfast,” he says.

It also explores the origin of The Blerch, which he’s previously described as”a fat little cherub who follows me when I run,” and “a wretched, lazy beast.”