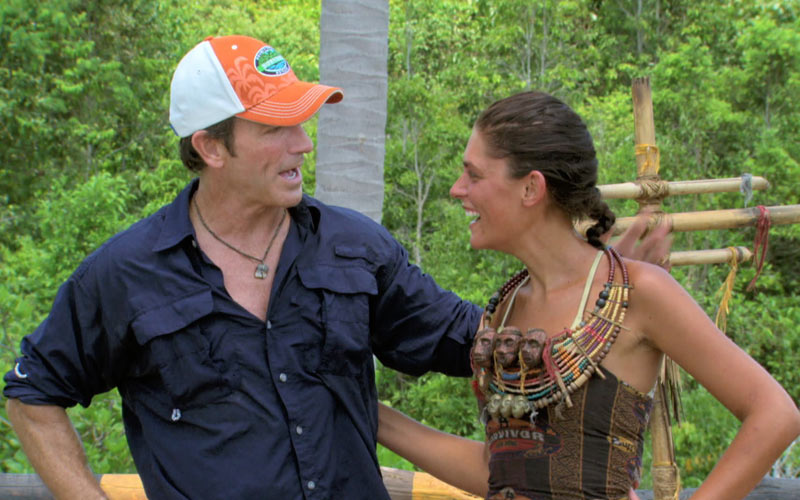 When Survivor’s 34th season debuts in 2017, the premiere will be the 500th episode of the show, according to host and showrunner Jeff Probst.

That’s a remarkable achievement for any television show: only three scripted prime-time shows have made it past 500, The Simpsons, Gunsmoke, and Lassie. Soap operas, game shows, and other unscripted shows have higher episodes counts; American Idol and The Real World have already surpassed 500.

Still, it’s impressive—and even more impressively, Survivor is regularly in the top 10 or 20 of all prime-time shows, and was the 25th most-popular show on all of television last year.

Assuming the show is renewed and continues for three more seasons after that, the show will debut its 40th season in early 2020. And that is a very likely goal now.

EW’s Dalton Ross explores that future—and reminds us of past uncertainty, such as whether or not Probst would return after season 12 (!). He talks to Probst, who was optimistic about the future and season 40 as being the next big goal. In that interview, I appreciated what Probst says about trying things and not always succeeding, which is the most we can ask for.

But I was surprised by what he identified as the major obstacle to future seasons:

“I feel like there is a commitment that we made to our audience which is, I promise that we are out here doing our very best to give you a great adventure, and if you just keep watching, we’ll keep taking big swings. We may not always be right. We may miss and have a terrible season. But we promise we will come back and do it again. I know it sounds corny. I truly believe that true Survivor fans know that we’re in this together. So getting to 40? Entirely possible. It looks like forever to get to 40 because just coming up with one theme is a gigantic hurdle. To come up with two, we always feel like we just conquered the beast. But that’s the goal.”

Excellent—but wait, the gigantic hurdle is the theme?

First, I’m reading “theme” as the show’s title and the twist that involves the cast and organization of the tribes, not the twists and turns. I have no doubt that structuring a season is challenging, from cast to twists, and Probst may be referring to all of that with the word “theme.”

But to me, “theme” conjures up thoughts of Survivor’s weakest elements in recent years: the forced organization and labeling of tribes, which is often reflected in the title. Including season 33 this fall, four of the past six seasons have divided their tribes by arbitrary labels.

Including season 33 this fall, four of the past six seasons have divided their tribes by arbitrary labels.

I have a super-simple suggestion: drop that kind of theme—unless you have a great one, such as Blood vs. Water.

And I’ll change that suggestion to a plea: Please drop those themes. Don’t force them! This is actually one the three easy changes I asked Probst to make in an open letter at the end of last season.

Survivor is a strong enough game without them—and if anything, I’d argue that some of the themes weakened their respective seasons because it’s a layer of forced storytelling on top of an otherwise compelling game. Remember all of the talk of “collars” last spring?

I already fear for this fall’s season, which has a Millennials vs. Gen X theme, and the conclusions that will be drawn on-screen, by Probst and the contestants in their producer-prompted interviews, tribe’s success or failure says about people of a certain age.

Such conclusions are, of course, ridiculous and wild generalizations. And they’re entirely a product of the theme. So drop the theme! Play with the game in other ways. Have the tribes choose themselves. Experiment more with idols (no idols! give everyone an idol on day one!).

I don’t doubt that it’s challenging enough to think of ways to keep the game fresh, but dropping the forced tribe organizations means one less thing to think about.