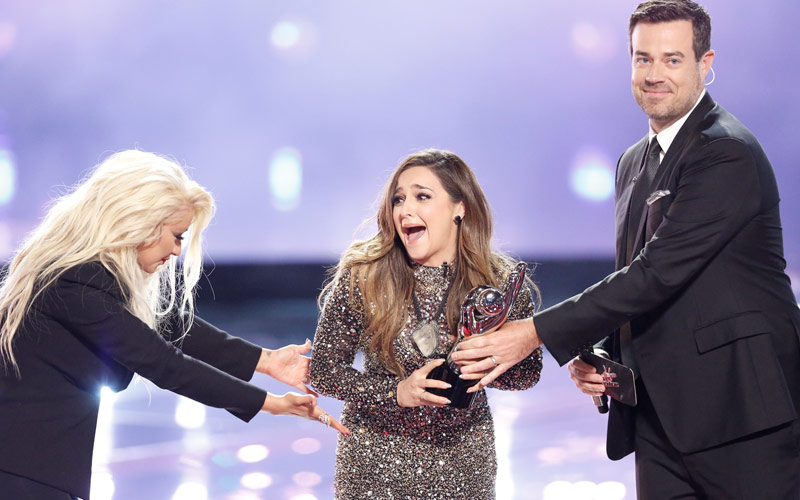 Ratings are in for the 2015 to 2016 television season, and among the top-100 programs across all of cable and broadcast, 22, or just over one-fifth, are reality shows.

They’re lead by four well-established broadcast network series: The Voice, American Idol, The Bachelor, and Survivor—though there are several cable reality shows that hold their own against far more expensive and publicized scripted broadcast series. The Voice remains the dominant series, though the final season of American Idol did better than every other reality series.

Using Nielsen Media Research data from the 2015-2016 TV season through May 25, 2016, Indiewire’s Michael Schneider compiled lists of the most-popular shows across cable and broadcast.

Combining broadcast and cable is fascinating and reflects the reality of television viewership. The standard end-of-year lists of the most-popular series on broadcast, like this one from Variety, don’t tell us how popular series like The Walking Dead, Game of Thrones, or Love and Hip Hop compare to broadcast series such as Empire or The Voice.

Among younger viewers, the advertiser-coveted 18- to 49-year-old demographic, these are the reality television shows that made the top 100 in L+7, the ratings that include people who watched live or within seven days, including on demand or on DVRs.

Seven are cable shows, and three of those are the same franchise: Love and Hip Hop, which Schneider lists as one of the winners of this past television season.

The number in (parenthesis) indicates the overall placement of the show in the top 100—in other words, the most-popular reality TV show last year, The Voice’s Monday episode, was actually tied with scripted shows (Scandal and How to Get Away with Murder) as the 12th most-popular show overall.

Among all viewers, regardless of age, the list switches somewhat—these are the shows that have older viewers, basically.

Indiewire compiled a list of the top 50 shows on television, and just eight of them are reality TV. None are cable shows, because the cable reality series above are mostly drawing younger viewers.

Again, the number in (parenthesis) indicates the overall placement among the top 50 TV shows.