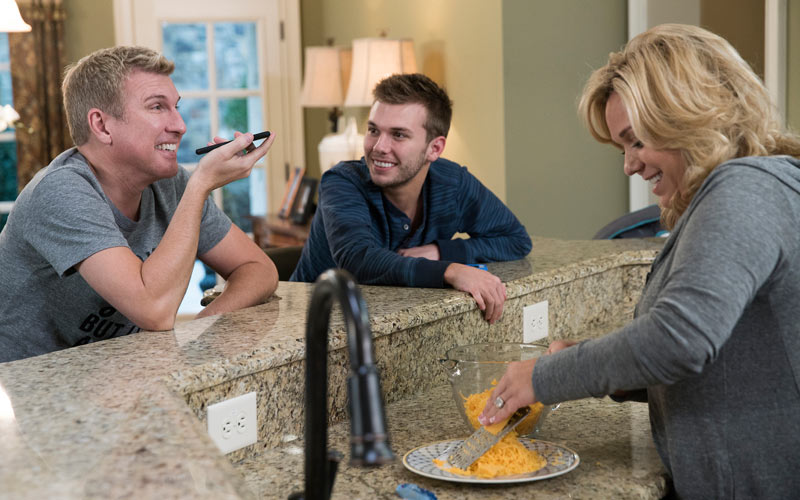 Todd, Chase, and Julie Chrisley in a scene from the season-four premiere of USA's Chrisley Knows Best. (Photo by Mark Hill/USA Network)

It will continue this fall, as USA recently ordered eight additional episodes, bringing the total of season four episodes to 20.

Yes, viewers can’t get enough of Todd’s hypocritical moralizing and bizarre responses to his kids’ antics, which is perhaps why the show trended on Google more than any other show last year.

When it announced the renewal, USA said that this season was averaging 2.4 million viewers per week, and USA’s reality executive, Jessica Sebastian, said they “complete the USA brand and pave the way in meaningful, reality programming consistently providing humor and heart. We are thrilled to continue our commitment to them.”

On tonight’s episode, “Goat Farm Yourself,” Chase and Savannah visit a goat-milking farm, apparently to learn lessons of some kind, but mostly just for the endless comedy that milking animals has provided reality shows. The episode description says:

“As punishment for not taking their Juice Bar duties seriously, Todd sends Chase and Savannah to a goat farm to learn the value of hard work. But the siblings’ inability to work together prompts the owners to take action.”