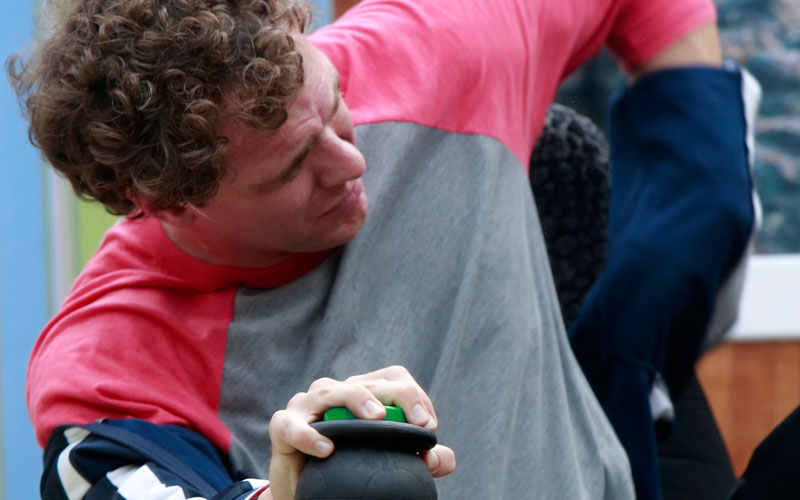 Big Brother 18 introduced its big twist and new competition Sunday night: a third nominee, selected by the anonymous winner of an individual challenge.

The new competition—which replaces Battle of the Block and the have-not competition before it—is called “Road Kill” and takes place on an RV.

Its winner is revealed anonymously, and that person chooses the nominee privately, so the other houseguests won’t know who nominated them.

This is, in theory, a nice addition to the game. The HOH/two nominee structure has led to some predictable game play, and having three nominees makes it more challenging to have a pawn and/or back-door someone.

Making the win anonymous is an understandable choice: it creates paranoia and allows the winner to use the information to their advantage (or disadvantage!), not unlike a hidden immunity idol.

So, structurally, these are choices I can get behind.

But watching it play out for the first time was a letdown.

First, the anonymity requires individual challenges, and they typically don’t play as well on Big Brother, because there it’s just one person literally all by themselves, even reading the rules. There’s no head-to-head battle—as there is during Survivor’s individual challenges, for example—and little tension. Because the winner learns of the win while everyone else is standing nearby, there’s no celebration, no excitement, just Diary Room exposition to try to convince us that there was excitement.

Altogether, it’s just not the best TV. This challenge, which was timed, ended up basically being reduced to a quick montage with only a few seconds for most players.

The producers have also confined the challenges to an RV’s interior, limiting the space significantly. Perhaps future challenges will break free of that physical space or the monotony of watching a bunch of contestants do the same task over and over again.

Only six people were eligible to be nominated, thanks to immunity for the HOH’s team and the other team immunity given away during the first batch of competitions.

Worse of all—and this is something out of the producers’ control, of course—is that Frank won. That means that returnees are solidly in control of the game, and will likely be evicting one of the newer players on Thursday.

So much desperation, so little drama

This is usually such a chaotic and fun time of the season, and the returnees’ power and newbies annoyingness is all just landing with a light sigh. It feels too familiar even despite the changes.

I’m willing to give it some time, but complicating that is how much this season is dripping with desperation, and I don’t mean from the houseguests.

Julie Chen started the season with that desperation, by telling the 12 non-returnees that this would be a summer of backstabbing and showmances (Hint hint, start hooking up soon! Oh also play the game.).

In episode three, the first Road Kill challenge required the houseguests to strip down to their bathing suits. And one team was punished with costumes, but these costumes were flesh-toned bikinis and faux pixel covers over top them—basically, they will walk around mostly naked for a week.

It feels transparently desperate—Game? What game? Look over here: there are hot bodies! Flesh!—and it’s just too early in the season for that kind of pandering.