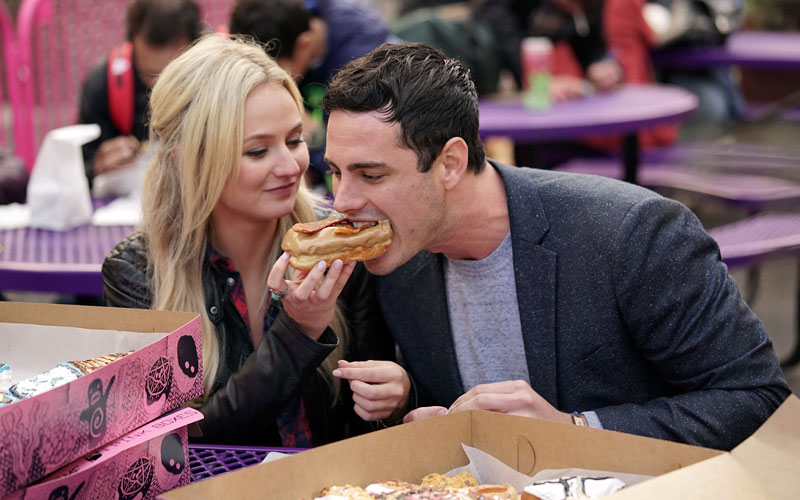 Lauren Bushnell and Ben Higgins, who met on The Bachelor 20, are getting their own spin-off series on Freeform. (Photo by Levy Moroshan/ABC)

The Bachelor couple Ben Higgins and Lauren Bushnell are getting a spin-off reality series that will air on Freeform, the cable network that used to be known as ABC Family and is ABC’s sibling network. Ben and Lauren: Happily Ever After will air in October; the number of episodes was not announced.

Ben appears to be running for state office, as a Republican for the Colorado House of Representatives, and the network’s description of the series says it will include his political activities:

“The new reality series will follow the happy couple as they prepare to walk down the aisle and begin their brand-new life together while navigating the real world after the splendor of The Bachelor’s exotic dates and fantasy suites has ended. All the while, Ben will explore getting involved in the political realm and Lauren will try and establish her identity post-Bachelor.  During the show some fan favorites from The Bachelor and The Bachelorette will stop by to visit and share their own advice on life after the show.”

Freeform executive Karey Burke called Ben and Lauren “the biggest Bachelor couple of the last 10 years,” and said the couple will “continue their story on Freeform.”

That story, if it’s anything like the ones that preceded it, follows Ben and Lauren on their path from being pawns in a highly orchestrated broadcast network dating reality show to announcing their break-up in a celebrity tabloid.