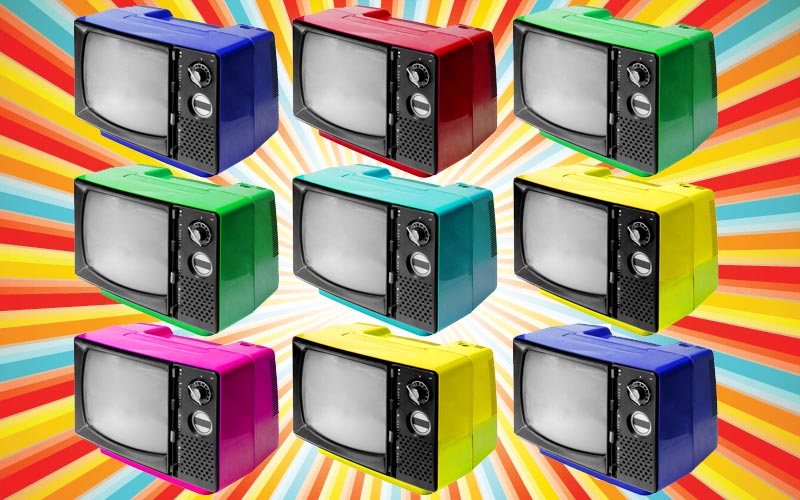 A few weeks ago, I asked, What was your first reality TV show?. The responses were fun to read, and included many MTV’s The Real Worlds and CBS’ Survivors—no surprise considering how each of those reality shows forged new paths in the genre, in 1992 and 2000, respectively.

But the shows mentioned included both obscure shows and much more recent shows, a reminder about just how much engaging unscripted TV there was before MTV aired Real World, and how many people are still discovering it now. Memories of those shows are often tied to certain times in our lives, which makes them even more special.

So, thanks for sharing—and enjoy this selection of responses (and excerpts of responses) that stood out.

Doug Jacobson shared on Facebook how he found The Real World: those awesome marathons that are all but a relic of a previous era in television:

“Definitely The Real World season one. That’s back when MTV would repeat the episodes all weekend. I’m not exaggerating when I say that I’ve probably seen every episode of the early Real World seasons at least 20 times each.”

“I am so with you on that. I stumbled across the RW and was instantly addicted…and in addition to rewatching them on MTV, I even recorded some of them on my VHS tape!”

Speaking of VHS, I love this anecdote—which Michael Horn shared on Facebook—because of how it reminds me that 2004 was a long time ago in technology and even in Survivor history:

“The first thing I watched was the Survivor: All Stars finale. I was 9 years old and we had recorded it on VHS. Haven’t missed an episode since. Still have that tape somewhere!”

Troy DeVolld shared on Facebook a 1979 NBC series that aired until 1984 and was, for a time, the network’s top-rated show:

“I think my first was the awesome George Schlatter masterpiece Real People. If you think those words are too superlative, I promise you they’re not.”

Who is The Mole?

Some people shared that they may have watched some reality TV, but it was one particular show that hooked them and that they consider their first. One such example came from Jolene Mittelstedt on Facebook:

“The Real World. But I feel like The Mole is what truly made me become a reality fan.”

COPS to Big Brother: one show leads to another

“I was going to say that my first reality show was Survivor, specifically Survivor Borneo. However, obviously, I had seen episodes of COPS—I think COPS was because it aired on FOX on Fridays, the night of the week where I could stay up whenever because there’s no school on Saturday.

The very first episode of Survivor Borneo I remember watching first was the episode where Gervase was ultimately voted out. I was eight years old and would’ve turned nine the week before the Survivor Borneo finale.

I think was specifically [drew] me to the show was the fact they’re in on an island, [which] made it stand out more than Big Brother’s first season (and I never thought my family would have ever let me watch that). I did like the game aspect of it, and that drove me to start watching Big Brother the following year.”

“My first was Real World Seattle. It was a window into a bizarro world that was almost like a train wreck. I would say I was both judging and empathizing—suppose it was my acceptable version of watching a soap opera, since it had all the earmarks of the scripted daytime drama but with people that weren’t supposed to be actors and without a script.

Admittedly, it was a bit of guilty pleasure to watch something without any major substance where you were like a voyeur into the life of a bunch of twenty-somethings thrown together.

Knowing this, you would think I [would have] liked a Big Brother or Jersey Shore show when they came out, but they both seemed too contrived to me, and the drama seemed coerced. Too many of those reality-like shows just seemed like a cheap way for networks to churn out entertainment extremely quickly, with no regard for script or depth and overall cost was turned to almost pure profit. Shows like Real World turned more and more into that as time went on, but its first iterations appealed to me.

I remember with the Seattle group the drama of the one guy verbally attacking the woman and getting kicked off the show; the two friends with one basically supporting his whole trip through getting odd jobs around the area (vividly remember him working at the fish market while the other was financially set); and all the relationships formed and dissolved throughout.

All of that brought me a combination of shock, awe, fascination and horror. It was the first of its kind for me, so it drew me in and had me anticipating what could happen next.”

Jeffrey L. Schwartz’s first show was mine, too: The Real World Los Angeles, the MTV show’s second season. The memory he shared on Facebook is from the episode that I first recall watching and being unable to look away from:

A show that gave away a show as its prize

Alex Buck shared on Facebook a series that aired three seasons from 2003 to 2004, but that I totally missed: a competition that gave its winner a special on Animal Planet. Alex wrote:

“King of the Jungle on Animal Planet. I watched it when I was around 8 years old and was enthralled, but now I can’t find links anywhere.”

Martha Querin-Schultz shared that her first was PBS’ An American Family, the groundbreaking narrative, episodic documentary series that later inspired The Real World, and shared an brief anecdote that reminds us of one universal attraction to reality television that’s been there since the beginning:

“I had a huge crush on Grant.”