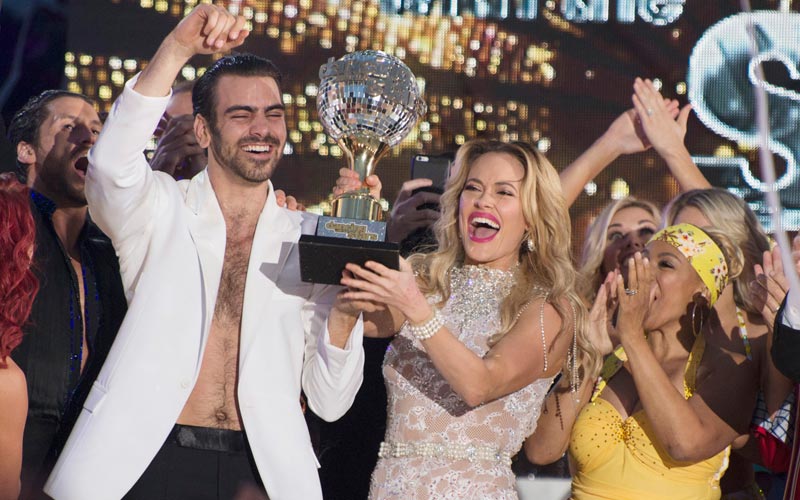 Top Model 22 winner Nyle DiMarco and his partner Peta Murgatroyd, winners of Dancing with the Stars 22. (Photo by Eric McCandless/ABC)

Monday and Tuesday were big reality television nights, but they were rough nights in the ratings.

They were the top-rated shows of the evening: 10.4 million people watched The Voice and 10.3 million watched Dancing with the Stars, though The Voice had a younger audience (2.1 in 18-49) than DWTS (1.6).

Both shows, TV By the Numbers notes, “hit ratings lows Tuesday,” with The Voice having “the weakest performance for a season finale in the show’s history.” THR said “both series closed their spring cycles with finale lows, each down considerably from the same time last year.”

On Monday and Tuesday, the two shows were the top-two series of the night.

All of the usual disclaimers apply here—overnight ratings are increasingly useless, and these aren’t terrible numbers. Same-day DVR usage is included, but not those who watch today or this week. Then again, do passionate audiences watch DVR recordings of live finales three or seven days later?