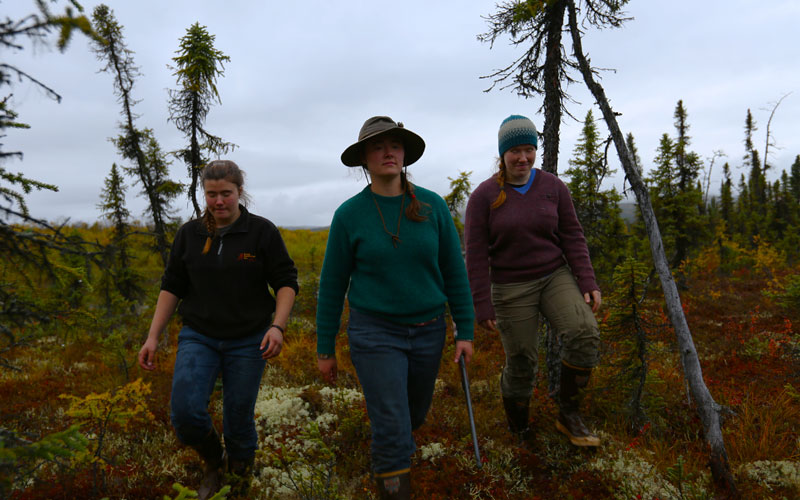 The Last Alaskans is enchanting reality television, pure beauty and raw humanity unfurled in wondrous sound and images. It’s awe-inspiring and life-affirming and devastating all at the same time, and in its second season, it has improved.

The series is about living, being present for life. What’s most remarkable is that the series itself inspires being present in its moments. Very few television shows attract my full attention, but when I watch The Last Alaskans (Discovery Channel, Tuesdays at 9), I’m there—I want to climb inside my television and just be part of what I’m witnessing.

A tusk of a wolly mammoth in rock. Edna Korth talking to her granddaughter, Coleen, about the 1984 drowning death of the person who she’s named after: Edna’s 2-year-old daughter, Coleen. Ray’s daughter, Emma, falling off the boat as he navigates precariously shallow waters, a camera operator helping to pull her in and then picking up his camera again. Bob Harte’s ex-wife recalling their daughter’s post-accident recovery.

Every moment is reflective and opens up an emotional connection straight to the characters, and every moment is exquisitely presented.

The way the camera drifts past trees and grass. Those drone establishing shots from high above the cabins! The silence and the music! Fuck! It’s just so excellent on every level, and is unquestionably one of the best television programs currently on air—not just reality TV, but television shows, period.

I admit that I freaked out a little over its move to The Discovery Channel from Animal Planet, especially because the marketing seemed to emphasize conflict and drama more than Animal Planet’s did last year. I was thrilled to discover that nothing had changed; if anything, the addition of several family members has added more weight.

It’s such impressive work of skilled yet hands-off producers in the field and the artists who craft the footage in post-production. And it wouldn’t be possible without the men and women who open their quiet lives to small camera crews.

Please watch this show. Right now would be fine.