Skip to Content
Survivor Kaoh Rong's Kyle Jason at Tribal Council, before being voted off the island. (Photo by CBS Entertainment)

The exit of Jason, whose full name is Kyle Jason, from Survivor Kaoh Rong was pretty much something to be celebrated. Every Tribal Council he survived meant he’d be winning more and more money for behaving in quite repulsive and odious ways throughout the season.

The Survivor editors weren’t shy about showing him that way, and even seemed to go out of their way to include moments such as food flying out of his mouth while he talked and ate. I’m not quite sure he was a villain so much as just someone who behaved in the worst way possible at many moments throughout the game.

Pretty much nothing Jason said or did this season impressed me, but in two exit interviews this morning, he did say things that I didn’t expect.

First, here’s what Jason told EW about his bullying, followed by a screenshot of my facial expression while reading it: 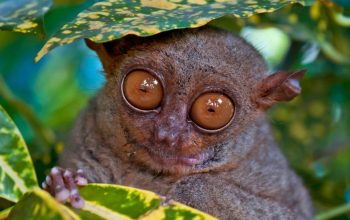 Seriously, that’s surprisingly refreshing! He’s not claiming the show excluded anything, or purposefully made him look bad.

He said something similar in his interview with Parade’s Josh Wigler, after doubling-down on his pre-season desire to play like Russell Hantz (“I just really liked the way he played. I liked the harsh gameplay. I liked the aggression.”):

His behavior this season was often very gross, and as a human being, I’d prefer he express some kind of empathy and regret. But this is better, I think, than denying the reality of what we saw or what he did.

To EW, Jason even went on to say something nice about Alecia:

“When it comes to her and I, we obviously don’t get along. I think she is a good person at heart, but certain personalities just don’t mesh.”

But then Jason blamed Alecia, and did so in a really condescending way:

“I think when it comes down to it, she has a lot of learning to do and a lot of growing up, and we all did. I was young and immature at one point too. We all were. And certain instances in your life help you to grow up, and hopefully she can take this and learn form it and become a better person in life. I stand by what I did. I stand by my actions. I don’t consider myself a bully. Just because I don’t sugarcoat things to other people is because I’m a brash person. You got to think about the life I live and the shoes I walk in. I come from years in the military, years of combat experience, I deal with criminals every single day of my life. I don’t have time to make everybody’s feelings feel good or hold your hand and make you feel better. I do that enough with my own children in life. I’m a very harsh person. I’ll tell it like it is.”

Oh my, I agree with Jason about something!

Meanwhile, talking to Josh Wigler, he continued to embrace his assholish behavior, specifically this:

“I pull a lot of votes from that jury. It’s not really tainting my endgame. Now, to me? It was strategy, and I would do it again. I’d hide those tools and I’d watch Scot put out that fire every single day of the week. [Laughs] That was just funny.”

Okay, I’m back to disagreeing with Jason.

Finally, though, he surprised me one more time by explaining his vote for Joe—and he did so by praising the other contestants. What he said to Parade:

“Cydney’s been playing a fierce game. I have a lot of respect for her. She made a play and it worked for her. Obviously her play worked better than my play. She’s still in the game and I’m not. Aubry? The way she manipulated Joe, and the way she was able to take Tai from me, she deserved to be there. Michele’s doing her thing. Why not vote for the one person who I don’t think deserves to be there — or the one person I think I should be there before? So I voted Joe. He didn’t deserve to be there, so I gave my vote to him.”