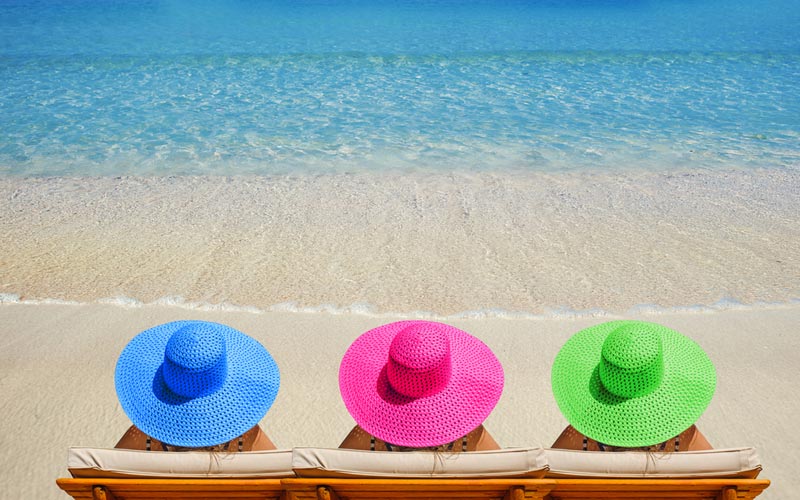 The Survivor 34 twist involves three tribes, though they probably won't wear cool hats like these. (Photo illustration by Shutterstock)

Survivor‘s 34th season involves returnees, a list of which was posted online back in April, before finals casting. A significant number of those were winners, and that prompted speculation that the season might be organized with winners versus another group.

reality blurred has confirmed that the planned twist is for will include a tribe of winners—but also two other tribes, making it winners versus jury members versus early boots, people who were voted off the island prior to the merge.

That will make the spring season a competition between three tiers of Survivor players: those who’ve pretty much failed, those who’ve gone all the way, and those who’ve barely made it.

That last tribe was described to me as a kind of Second Chance-ish tribe, though it won’t necessarily be only those who haven’t yet returned to play again. In other words, some people might have a third attempt to make it to the merge.

In March, Martin Holmes posted information at Inside Survivor about season 34, and later posted a list of possible returnees. That information included:

Even though it’s May, the show is still finalizing its cast, I’ve been told, and of course, this structure may change, depending upon what happened in finals casting in April and other variables. Production may also be telling contestants and others that this is the structure to throw them off. I’ll update if and when I receive more information.