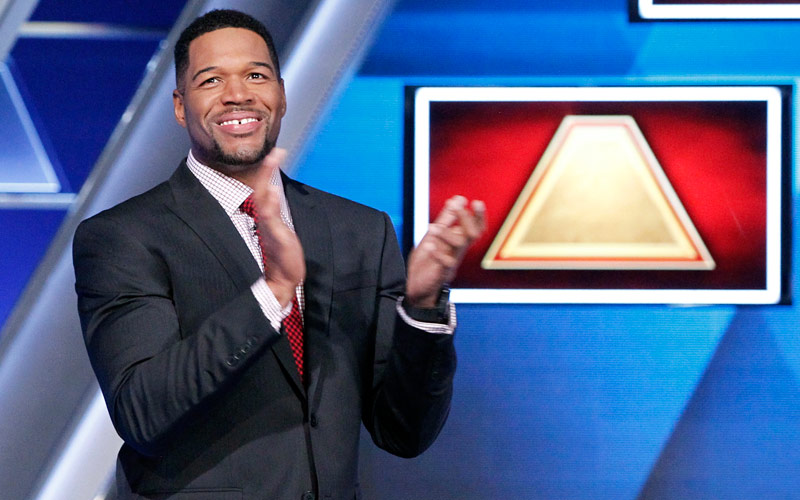 Michael Strahan hosts ABC's new revival of The $100,000 Pyramid, one of the many unscripted and reality shows coming this summer. (Photo by Lou Rocco/ABC)

After a few days last week when it seemed like there was no new television at all, summer TV has arrived, and that means a lot of reality. While broadcast networks are airing very few reality shows this fall, the opposite is true this summer.

The quarterly calendar with a list of all upcoming reality show debuts—more than 75 so far—will arrive tomorrow, but today, here’s a preview of summer reality shows that currently stand out of this crowded field.

There are several predictable summer standbys, though a few are introducing major changes.

The shows everyone will be talking about

Earlier this year, FX aired a highly entertaining and well-acted Ryan Murphy miniseries about the O.J. Simpson trial. For the real story—the full story—there’s ESPN Films’ O.J.: Made in America (debuts June 11 at 9 on ABC, then moves to ESPN on June 14, 15, 17, and 18 at 9 each night).

It’s a eight-hour documentary that an ESPN Films called its “most ambitious project to date,” and covers O.J.’s entire life, and explores race, class, and celebrity in the United States.

ABC will air the first two hours, which will introduce it to an even wider audience, and then it moves to ESPN, where the whole series will air over five nights.

This next show doesn’t belong in the same category—or really, not even in a summer preview of reality TV shows. But UnReal (Lifetime, June 6, Mondays at 10) is noteworthy not just for its satire/expose of how some reality shows are produced, but also because its fictionalized version of The Bachelor will do something the original show has failed to do: star a black Bachelor. Ultimately, UnReal is a soapy drama, but between its well-acted strong female lead characters and behind-the-scenes drama, it’s quite entertaining.

The expansion of ABC’s nostalgia lineup

After unsuccessful attempts at reality competitions (oh, The Quest!), and a lame singing competition, under its new reality executive, Rob Mills, ABC has found success by mining popular culture and reviving old shows. That will continue—and expand—this summer.

Last summer it brought back the smashingly fun Battlebots, which is back again for a second season (ABC, June 23, Thursdays at 8).

And there’s one more show, too: To Tell the Truth (ABC, June 14 at 8, then Tuesdays at 10), hosted by Blackish star Anthony Anderson. His mother, Doris, will serve as scorekeeper, and original panelist Betty White will return, along with other celebrities including NeNe Leakes.

Documentaries to chew over

Just in time for the conventions, Showtime’s terrific The Circus returns (July 10, Sundays at 8), with its behind-the-scenes look at the campaign. With so many candidates, especially on the Republican side, there was a lot of material for the first part of its season this spring, but it also jumped around a lot. I’m curious to see what they do once the field is narrowed to two.

Meanwhile, fans of Planet Earth and Frozen Planet, or those who love beautiful cinematography, nature shows, and/or footage of animals tearing each other apart will all find something to love in The Hunt (BBC America, July 3, Sundays at 9).

Its seven episodes aired in the UK last year and in Australia earlier this year, and the series—which “explores the fascinating relationship between hunters and their prey”—looks exceptional.

Shark Week returns (Discovery Channel, June 26 to July 3) with its mix of shark-themed shows, having had success last summer with its return to reality instead of fiction.

My favorite business makeover series, The Profit, is back again in late summer (CNBC, Aug. 23, Tuesdays at 10). Earlier this summer, The Profit is filming the first season of its new spin-off, which should alternate with the regular seasons of the show in the future.

Last summer, Fox surprised with its feel-good competition Home Free, which surprised every eliminated couple by giving them a brand-new house that they’d just helped to renovate. The show is back this summer (Fox, June 16, Thursdays at 9), though inexplicably with Tim Tebow joining Mike Holmes. There’s a new, as-yet-unidentified twist, which makes sense because season one relied on the surprise of eliminations resulting in huge wins.