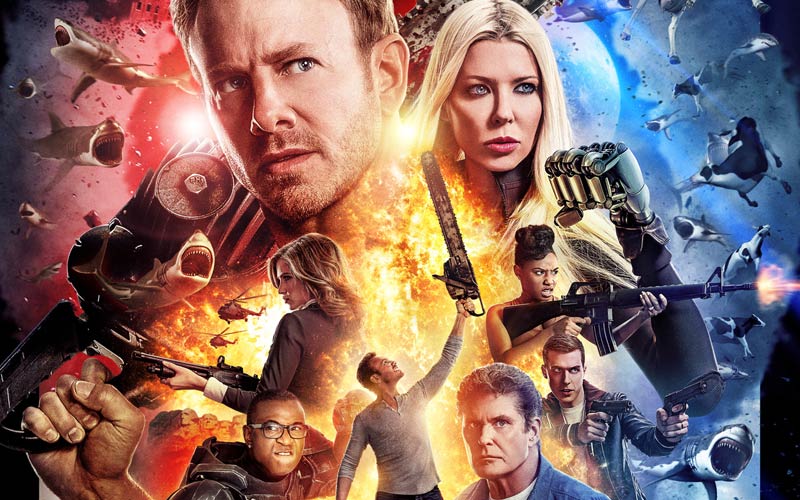 Part of the Sharknado 4: The 4th Awakens poster.

The fourth installment of Syfy’s Sharknado franchise will debut July 31, and will once again feature a hopefully-entertaining combination of bad special effects, bad writing, bad pacing, and a bunch of reality star cameos, like last year’s appearance of Shark Tank‘s Mark Cuban as the president.

Syfy has released an early list of those Sharknado 4: The 4th Awakens cameos, promising more to come. Here they are, with Syfy’s description of their roles:

The movie will once again be directed by Anthony C. Ferrante and written by Thunder Levin. According to Syfy, its plot, if there is such a thing in Sharknado movies:

“takes place five years after the East Coast was ravaged in last summer’s Sharknado 3: Oh Hell No!. Fin ([Ian] Ziering), his family and the cosmos have been blissfully sharknado-free in the intervening years, but now sharks—and ‘nados!—are being whipped up in places (and ways) least expected.”