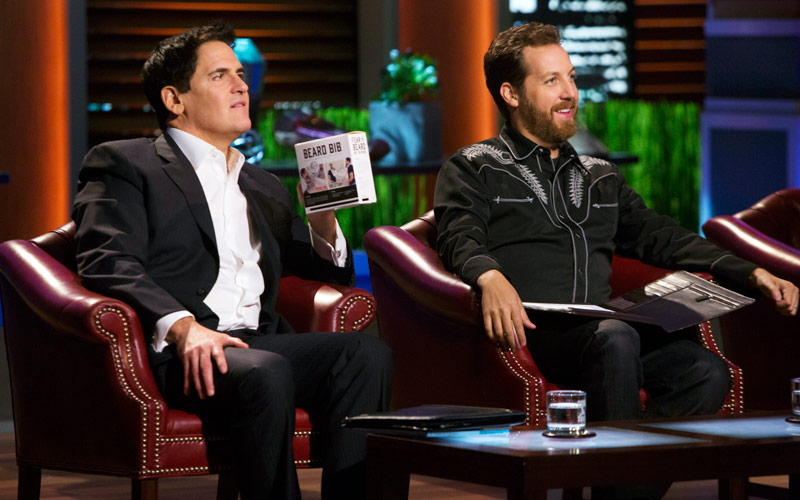 Mark Cuban, left, and Chris Sacca, both of whom started on Shark Tank as guest sharks and returned in more-permanent roles. (Photo by Adam Rose/ABC)

Chris Sacca, the billionaire investor who’s backed companies such as Uber and Twitter, is returning to Shark Tank for season eight. He appeared as a guest in four episodes this season.

He just announced that in an essay on Medium, in which he cites his “fantastic chemistry with the other Sharks” and ratings that “were strong, especially considering that they kept scheduling me against the World Series and the NBA playoffs”; plus, he says, “producers loved the fit and thus my original agreement to tape one or two episodes was extended to tape four.”

He also mentioned that the show has made him recognizable, despite his previous high-profile work, even among kids, who he says “charge me up and always leave me optimistic.”

As to his role, Sacca wrote:

“So, I’m writing to tell you all that I have agreed to be back on Shark Tank next season as a recurring special guest Shark. ABC, Sony, MGM, Mark Burnett, and I were all mutually excited about the chance to work together again. While I am not allowed to say exactly how many episodes yet, let’s just say it will be ‘a bunch more’ than I did this current season.”

What Chris Sacca learned about Shark Tank from behind the scenes

Calling him a “recurring special guest Shark” seems to me like a typical Hollywood negotiated title and/or hair-splitting, and we might as well just say he’s a new shark.

After all, the sharks—except for Mark Cuban and Kevin O’Leary—now regularly rotate in and out. The only guest sharks to have returned are Lori Greiner and Mark Cuban, and both came back as a permanent member of the cast. And no one has ever guested for more than four episodes.

This is an educated guess, but perhaps he’ll tape the pod of episodes (as Shark Tank calls them) in June but not the ones that film in September, which means he’d be in about half of the episodes. The show has had 29 episodes each of these past three seasons, so “a bunch more” episodes than four could easily be 15.

Whatever happens, this is a great move; the show isn’t stale, but the dynamic between the sharks has found a familiar groove, and throwing another billionaire into the mix is a good move—especially since it creates a viable alternative to Mark Cuban for companies looking for a high-profile, tech-savvy investor with cash to spare.

And Chris Sacca has just been a great addition to each of the episodes he’s been on, during which he’s invested in four different companies (BeeFree Honee, HatchBaby, Rent-Like-A-Champion, and Brightwheel). An excellent move for one of reality’s current best series.