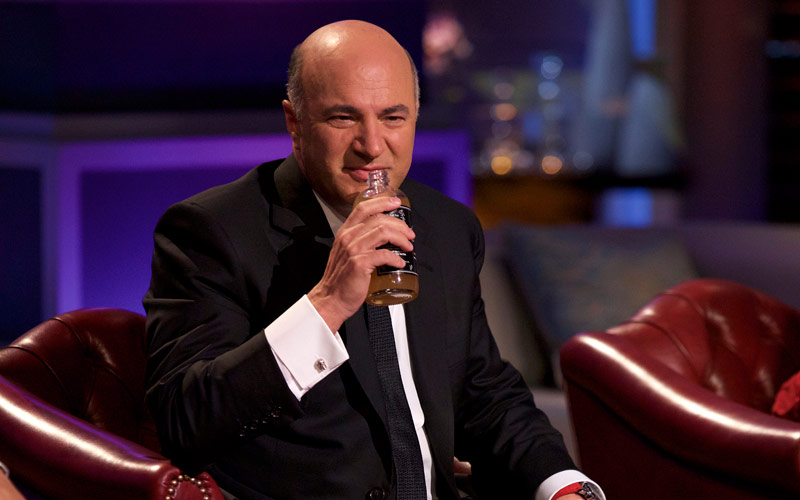 Shark Tank‘s is ending its seventh season tonight, and it remains one of the best reality competitions on television, as it has been since its very first season. The drama of negotiations between rich people and up-and-coming businesses is continuously compelling, and it remains both educational and absorbing television.

But ratings have stopped rising this year—which was unusual enough for broadcast television—and stumbled. Creatively, episodes can be hit or miss, and that’s to be expected from this format; not every pitch is going to inspire thrilling negotiations or an epic smack-down of a bad idea.

So it’s time to switch things up a little, and what that means for me is changing up the panel of six sharks: Barbara Corcoran, Mark Cuban, Lori Greiner, Robert Herjavec, Daymond John, and Kevin O’Leary, plus next year, regular special guest Chris Sacca. What happens now is that Daymond, Lori, Robert, and Barbara rotate with each other and with guest stars; Mark and Kevin have permanent chairs.

Adding Mark Cuban in season three (he also guested a few episodes during season two) kicked the other sharks out of their ruts, but now they’ve found their way into a new rut.

The way out, I think, is to play with the existing cast in some creative ways. Disclaimer: I recognize that contracts for season eight may already be written, and I may just be fantasizing here.

Kevin O’Leary needs to be swapped out sometimes. Easy. His shtick is the shtickiest, his insults the most predictable, and his offers (those royalties!) the most pointless.

I don’t want him to be fired, but it’s absurd that he still has a permanent, center chair. Early on, it made sense: he was the most aggressive, and also had the most experience from his appearances on Canada’s version, Dragon’s Den. But that value has diminished with the addition of other, equally aggressive sharks, and with his tendency to be a catchphrase robot.

Likewise, it’d be okay to have some Mark Cuban-less episodes. I love Mark and think his casting helped the show infinitely, both creatively and in the ratings. He tends to have an unfair advantage with his fame, wealth, and persona, and that’s okay: it’s business and it’s entertaining. But why not bench him for an episode and see what happens with the other sharks, especially now that Chris Sacca will be in the mix more often? I doubt an episode without him would send fans fleeing.

Mix up the number of sharks

The five-person panel works well. But why not try different variations?

What about an entire episode with tech startups, with just Chris Sacca, Mark Cuban, and Robert Herjavec? Or an infomercial-friendly episode with QVC (Lori Greiner) vs HSN (Daymond John)? Those episodes could be marketed and pitched as special episodes.

Fewer sharks is a risk of quicker negotiations and/or quicker rejections, but that kind of happens already, with sharks dropping out and leaving two, maybe three battling for one investments.

These also don’t have to be full episodes. While I understand the logic of since-episode consistency, I think the show would work just fine if there were different groups of shark in each act break, or maybe each half of the show.

This may be a terrible idea, and so may all of these. My point is simply that I want the show to try some things. It’s worked for Survivor, and the experiments Shark Tank has tried before have stumbled and succeeded (Mark and Lori!).

I want the show to continue another seven seasons, and playing musical chairs with the sharks just might help that.