Ashley Sawyer and Michael Fortunato both appeared on Catfish season two’s 10th episode. During the episode, they discovered that they were catfishing each other with fake photos over seven years.

Now, both Ashley and Mike have died.

Mike died at age 26 in 2013, shortly after the episode aired, from “a pulmonary embolism due to deep vein thrombosis,” MTV News reported.

At the time, Ashley told MTV that Mike was “the most honest, loyal person I’d ever met in my life.”

While no cause of death has been released yet, her sister Jessica Ross told MTV News that she was out of a sober living house that she was living in when Catfish checked in on her for the recent reunion special.

She died sometime this past weekend. 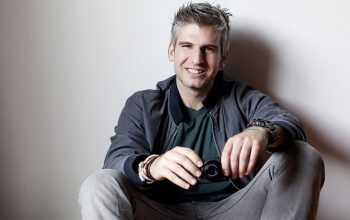 Max Joseph tweeted that he was “Shocked and saddened by the death of Ashley Sawyer. So sweet and kind. Thoughts and prayers go out to her family.”

And the network said in a statement:

“MTV is deeply saddened to learn that Ashley Sawyer has passed away. Our condolences, thoughts and prayers go out to her family and friends.”