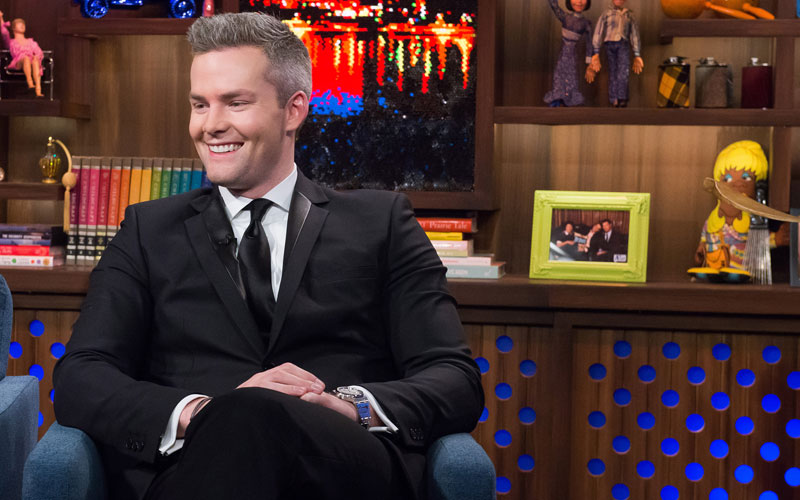 One month ago, Bravo announced three new shows that sounded just like Housewives shows, plus three others shows—including Tabatha Coffey’s return to the network—and renewed 11 series that are all Housewives-style. It was more of the same, which is understandable, since it works for the network.

Today, though, Bravo announced seven shows that are in development, and not one sounds like another version of The Real Housewives. The shows include a show starring Million Dollar Listing: New York‘s Ryan Serhant teaching sales to people in various professions, and another with Andy Cohen helping celebrities to host a late-night talk show (presumably, his show) for one evening.

But this list is truly exciting, both because of the varied concepts—it’s a wide range of unscripted television, from game show to documentary-style reality—and the producers behind them.

These three look especially fascinating to me:

While these shows are just in development and may never make it to air, it’s a remarkable step outside of the Bravo brand for a network that has basically been about The Real Housewives-style series, Top Chef, and Andy Cohen’s late-night talk show.

Here are the seven shows, with descriptions and a list of producers that come from Bravo’s press release:

Andy Cohen turns the tables on celebrities who have envied his job and gives them the ultimate opportunity to host their own live late night talk show, for one night only. From writing monologues, to picking their sidekicks and guests, these hosts-for-a-night will get the chance to live out their fantasy and design their dream show.

Employee of the Month

They say a great salesperson can sell anything to anyone. Nobody exemplifies this better than top realtor Ryan Serhant (“Million Dollar Listing New York”). In this fish-out-of-water experiment, Ryan will team up with under-performing sales representatives that deal in anything from cars to seafood to caskets. While Ryan learns the tricks of that particular trade, he will also give the low-selling employee a head-to-toe business overhaul and turn them into sales machines.

Two rival real estate agencies in Orange County, California will go head to head in the ultimate competition for pride and prize to see who can sell the most property in six months.  Each agency will build an all-star team as they battle for listings and fight for sales of some of the country’s most enviable estates. With egos on the line, this showdown is less about winning and more about proving who runs this city.

Based on the hit Scandinavian format, this social experiment tests materialistic individuals who agree to be stripped of everything they own including clothing, furniture and all their coveted possessions for 21 days to find out how their life will be affected. Each day, they will be permitted to take back one item that they can’t live without. This is a survival challenge that doesn’t take place on a desert island, wilderness or outback, but in the confines of one’s own home.

I’d Kill for That

Produced by Embassy Row with Michael Davies, along with Realizer Productions’ Matt Berkowitz and Shauna Monoprio, serving as Executive Producers.

“Double Dare” meets Dolce & Gabbana and “Wipeout” meets Wang in this physical game show that tests how far you would go to win a Birkin bag, Louboutins worn by a coveted Bravolebrity or the latest ‘it’ watch. Each week, friends, co-workers and family members will compete against each other in a series of trivia, brain teasers and hilarious physical obstacles in hopes of winning an enviable object of their desire.

Outspoken and no-nonsense infidelity expert Dr. Lisa Paz believes there is no such thing as monogamy and the cheater isn’t always the villain.  In this project, she will counsel couples rocked by affairs with her unorthodox beliefs and radical methods to help them decide if they can get past the betrayal and stay together or if they should call it quits.

Produced by 495 Productions with SallyAnn Salsano serving as Executive Producer.

Managing different personalities can be overwhelming, especially when friends clash.  In this arcing docu-series, one person will invite a handful of their closest friends from different phases in their life to meet for the very first time and embark on an incredible getaway.  With everyone under one roof, will one vacationer’s emotional baggage ruin the group dynamic or will the high school bestie make a love connection with the office confidant?