Skip to Content
Paladins competing in a challenge on The Quest, which is binge-watchable on Netflix for a limited time. (Photo by ABC)

You have two weeks left to binge-watch one of the best competition reality series of this decade.

On May 15, The Quest will leave Netflix, where it’s been available since May of last year—and where it’s been re-appreciated by its original fans and discovered by a new group of fans. That some people are only now seeing it for the first time is, sadly, not surprising, because the 10-episode series was buried by ABC that summer.

watch The Quest on Netflix 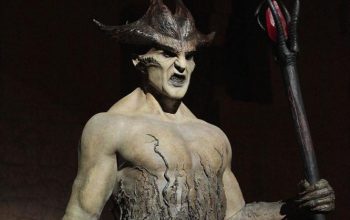 Why watch these 10 episodes of a series that only aired one season? My full review of the show covers why I loved it so much. It was the best realization of the hybrid scripted/reality competition: a fully realized mythical world populated by actors in which 12 non-actor contestants—the Paladins—interacted and competed in challenges that fit in with the story but were also real, fair competitions.

Even more remarkable was that the contestants were competing for a prize of, well, nothing, which made this show even more special. They truly were there for the experience of living in this original world, reminiscent of Game of Thrones and Lord of the Rings (whose producers were behind this series).

From the special effects to the small, human moments, it was a thoroughly entertaining ride. Just watch this:

While leaving Netflix will reduce its potential future audience, The Quest will still be available after it leaves Netflix. Currently, besides streaming it on Netflix,