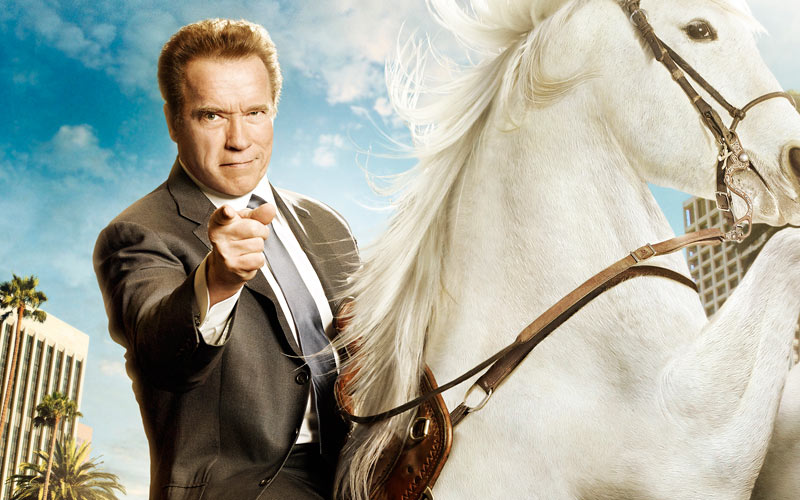 The new version of The Celebrity Apprentice starring Arnold Schwarzenegger was filmed this spring but won’t air this fall, as it’s being held to air between seasons of The Voice. Instead, it will air on Monday nights in January.

NBC entertainment chair Bob Greenblatt told reporters earlier today that “Apprentice performed well when we had it in January in the past, and the time period on Monday is heated up for reality fans by The Voice.” He said they will air it “between The Voice cycles that could use a big engine like this.”

The show, which is now being called The New Celebrity Apprentice to differentiate it from that one hosted by that other guy, will be advertised during Monday Night Football this fall, NBC reality executive Paul Telegdy said.

There will be just two unscripted series on NBC’s primetime lineup this fall: The Voice and Caught on Camera with Nick Cannon.

Along with the new title comes a new logo that’s different than the previous new logo, and also a marketing campaign that takes a little more of a comedic approach than the previous incarnation did. The ad, below, features Schwarzenegger on a horse, “taking the reins.” Oh! 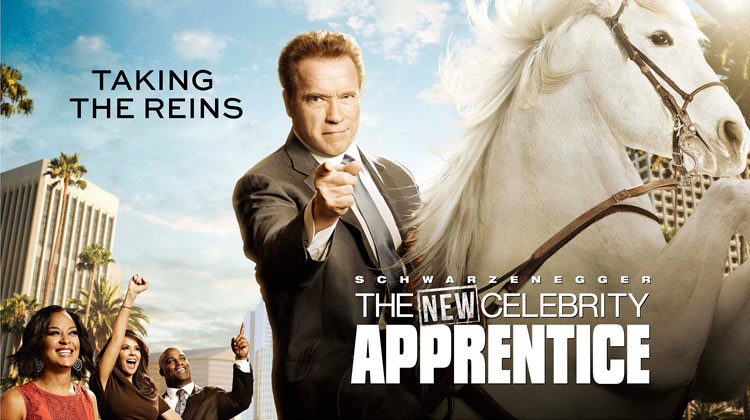 NBC’s press release for its new fall season described The New Celebrity Apprentice like this:

“And, of course, one of the most anticipated shows of the new season is the return of NBC’s ‘The New Celebrity Apprentice’ with twice-elected governor and international movie superstar Arnold Schwarzenegger taking control of the boardroom. In its eighth season, ‘The New Celebrity Apprentice’ moves to Los Angeles where 16 celebrities will compete for their favorite charities. Among those serving as advisors will be investment guru Warren Buffett; former Microsoft CEO and Los Angeles Clippers owner Steve Ballmer; Tyra Banks, a supermodel, actress, TV host, producer, accomplished businesswoman and CEO of the Tyra Banks Company and cosmetics brand, TYRA Beauty; actress, author and entrepreneur Jessica Alba, the founder and chief creative officer of The Honest Company and Honest Beauty; and Schwarzenegger’s trusted confidante and nephew, prominent entertainment attorney Patrick Knapp Schwarzenegger.”