How did The Amazing Race 28’s social media experiment do?

People who’ve gained some level of fame on social media have found their way to reality television in various ways. They’ve been part of a larger cast, like social media mogul Frankie Grande on Big Brother, and also have had their own shows and specials, such as Todrick Hall’s MTV series.

By far the most ambitious attempt, however, ends tonight: The Amazing Race 28, which debuted with a cast of 11 social media teams—including its final three teams, “social media influencers” Tyler Oakley and Korey Kuhl, “YouTube stars” Dana Borriello and Matt Steffanina, and “Vine star” Cole LaBrant and his mother, Sheri.

Before the season began, host Phil Keoghan described casting the show this way, with social media stars and their relatives, as “an interesting experiment” to see whether or not their followers would tune in. Phil told The Hollywood Reporter:

“It’ll be interesting to see whether the passion they have for The Amazing Race will translate for their followers to come and watch them, or do their followers just want to watch them make beauty tips? I’d like it to be the former and not the latter. […] So this is an experiment to see whether we can reach a new audience by using a cast that has their own audience that don’t necessarily watch The Amazing Race. On the flip side, will the viewers that watch The Amazing Race but don’t know who these castmembers are go to watch them on their personal channels? I can’t tell you what’s going to happen, but I’m really interested to see.”

The finale airs tonight. So what has this season proven? The experiment, it seems, has failed—at least according to the numbers.

In the same way that Frankie Grande’s followers failed to follow him to TV, TAR’s social media influencers haven’t had much influence on their followers in terms of getting them to turn on the TV. (Disclaimer: I gave up on The Amazing Race five years ago, so I can’t speak to its creative strength this season. I’m just looking at the data here.)

How 33+ million followers translated to ratings for TAR28 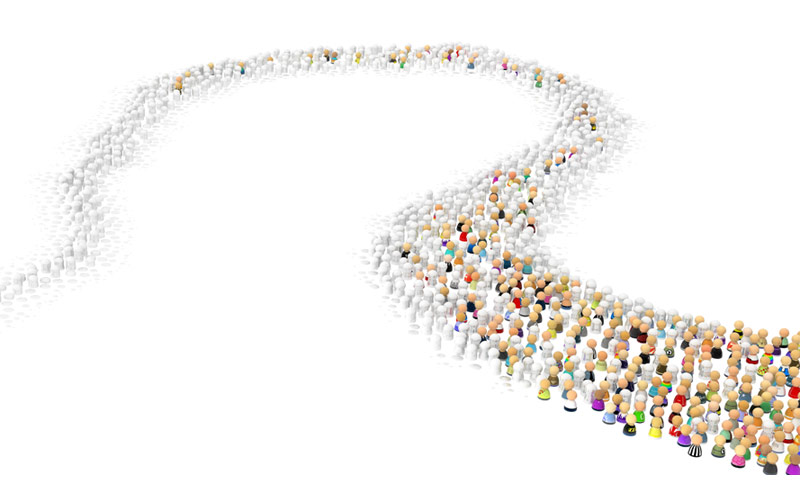 Where did the fans of The Amazing Race 28’s social media star cast members go? (Illustration by Shutterstock)

Let’s start with the most simple—and yes, virtually outdated—measurement, which provides a decent way to compare episode to episode, season to season.

Overnight ratings, which measure who watches live or the same day, are lower than they were last spring and have dropped throughout the season, down by almost a million viewers. Compare that to Survivor, which has actually grown those viewers this spring, though there have been some dips.

Perhaps there’s an argument that when someone’s favorite social media star was eliminated, they bailed on the show. But bringing someone to TV only to have them bail wouldn’t exactly be much of a success.

The good news is that in live+3 ratings, which count anyone who’s watched a recorded episode within three days, the show picks up viewers. In the 18-49 demo, the April 29 episode had 56 percent more viewers who watched within three days—in other words, it more than doubled its younger viewers in those three days. But that’s pretty typical for TAR, which now airs on Friday nights.

Overall, these ratings are not bad numbers, especially in this weird time in television where most shows have declining audiences over time. The season is not a catastrophic failure. Plus, The Amazing Race was renewed for next season, so it’s value to CBS is obvious; it makes more money than it costs.

What’s most clear is that the teams’ millions of followers have not come to linear television to watch the show, especially live, but even on a DVR within three days.

Have they been watching on CBS.com or the CBS app? Maybe—and that may be helping CBS if they are effectively monetizing those views. But those numbers aren’t public. At the end of last year, Nielsen’s Total Audience Measurement launched, but ratings reported by Nielsen and networks still only reflect those who watch on television, either live or on their DVRs.

What about social media?

The Amazing Race 28 cast’s followers have been somewhat active on social media.

Let’s look at the last one, which has the most consistent data, and is also being independently measured. The day of the premiere, Feb. 12, TAR28 was the most-mentioned show on Twitter, beating #4 Shark Tank, according to Nielsen’s Twitter TV ratings.

The Amazing Race 28‘s cast has a combined total of more than 33 million followers. And last week, only 7,000 people tweeted about the show and 5.19 million watched it live. Don’t forget the show already had an audience, and the ratings are similar to (actually less than) a season without social media influencer cast members.

It does not seem that, as Phil Keoghan said, the show was able to “reach a new audience by using a cast that has their own audience.”

Finally, I don’t know if this has any relationship at all, but for TAR29, which films this summer, The Amazing Race has done the opposite of what it did this season: it has cast all newbies, strangers paired with strangers.