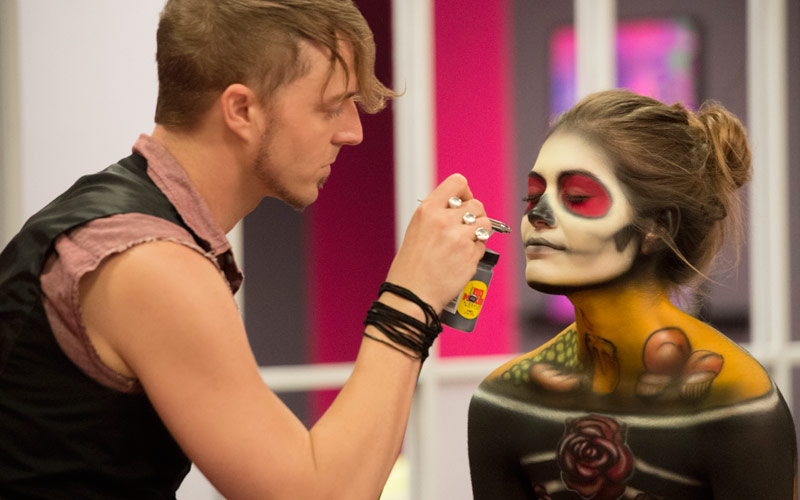 A contestant paints a model during the premiere of Skin Wars season three. (Photo by GSN)

While Top Chef and Project Runway remain, the scores of other shows that followed in their footsteps, on Bravo and elsewhere, have fallen away.

Amy Introcaso-Davis, GSN’s EVP of programming, told me that her interest in Skin Wars came in part because of that vacuum. “It was simple as no one had done that kind of show in competition form before, and then we really looked at, skill-based competitions seemed to be neglected right now in the marketplace. Why not go in?”

Introcaso-Davis came to GSN from Oxygen and, before that, Bravo, where she developed shows such as Kathy Griffin: My Life On The D-List, Queer Eye for the Straight Guy, ShowBiz Moms and Dads, and a little franchise known as The Real Housewives.

“For a smaller network, if you can find something that no one else is doing, that’s really the important thing,” she told me. “When I was at Bravo, we had huge success with that.”

Like those Bravo series, Skin Wars showcases talent. “What really blew us away about Skin Wars was the art,” Introcaso-Davis said. “It was a different way into the art world, it was a very accessible way into art. Everybody’s done face painting or who’s had kids who’ve done face painting, but to actually see it as a real expression of art was a) new to people, but then when you actually saw the art, it was so extraordinary.

“And the art in season three is off-the-chain fantastic,” she added.

What Skin Wars did for GSN

A competition reality show was different for the network—which airs classic game shows during the day—and Introcaso-Davis acknowledged that it follows a familiar format, which I noted in my review of the show. But she said that was by design: “The format is not that atypical, it isn’t, but we went with that because it was such a different kind of show for our network.”

The show and strategy worked, helping to raise ratings for other shows and giving the network confidence in the format for other shows, including Steampunk’d and the upcoming series Window Warriors, plus the spin-off Skin Wars: Fresh Paint. 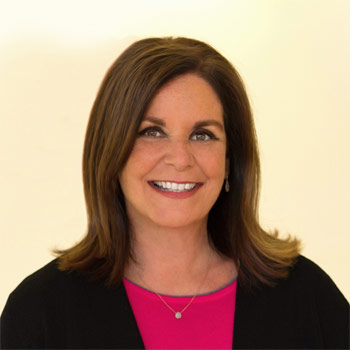 “Once Skin Wars really worked, it feels like less of a risk because you know that you can bring people to the network for a competition show,” Introcaso-Davis told me. “The new shows are the drivers of new viewers to our network, so that when we have a new show on, the whole network tends to rise. That’s the reason you do original programming: to bring in new folk to the network.”

Skin Wars also helped another original GSN series, the comedic game show hosted by Ben Gleib. “What was interesting to us and what was so surprising was when Idiotest and Skin Wars paired together was a great combination ratings-wise,” Introcaso-Davis said. “We put Idiotest in many different places on the schedule, but we tried it with Skin Wars because there was a younger audience coming in. I think it’s because both shows are about process. There’s something about the way the mind works with both of those shows that connects them together, but you would never necessarily think about that at first blush.”

I asked if there’d ever be a cross-over, and she laughed, “Well, Ben does love to get himself body painted, for sure!”

Introcaso-Davis said what she’s largely looking for is something that tends to be absent in pitches from producers. “For me, it’s really about having a strong point of view on what the show and that’s what most people don’t have in reality—they just sort of say, It’s a show about this.”

The saturation and maturity of reality television have made it “more challenging that it was 15 years ago, for sure, because so much has been done. You’re reinventing now instead of inventing. It’s harder to re-invent than invent,” she said. “You just have to be more specific and unique.”