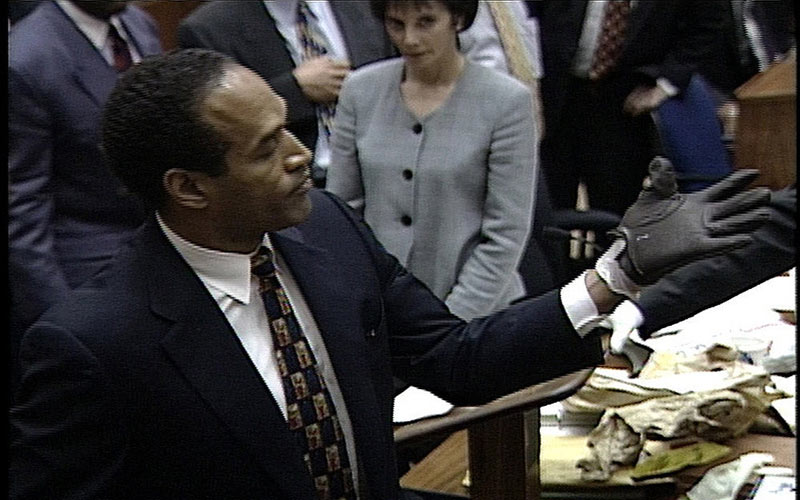 OJ Simpson tries on the glove during his murder trial, while Marcia Clark watches. (Screenshot by Esquire)

For the past nine weeks, FX has been broadcasting The People vs. OJ Simpson, a mostly well-acted, Ryan Murphy-produced, dramatized version of a nonfiction book. It’s recreated some famous moments while showing what happened behind-the-scenes where cameras weren’t present, inspiring lots of fact-checking recaps that detail where the show deviated from reality.

In June, ESPN will air a documentary series based on the trial, the already highly lauded, five-part O.J.: Made in America, which debuted at Sundance and will even get a brief theatrical run to qualify for an Oscar.

Between those two versions comes something very different, and far less produced than either one: The Real O.J. Simpson Trial.

Yes, it’s the actual trial—12 hours of it in total. Esquire will broadcast a marathon of raw footage from the trial and press conferences starting Sunday at 9 a.m. ET.

The 12 hours were produced in-house by the network, I’ve learned, and will be presented without narration or commentary, though it has been edited and condensed to focus on certain parts of the trial.

An Esquire representative told me the goal “is to let viewers revisit and re-watch the actual hearing to come to their conclusions and to highlight some of the most poignant moments from the courtroom, some which are baffling.”