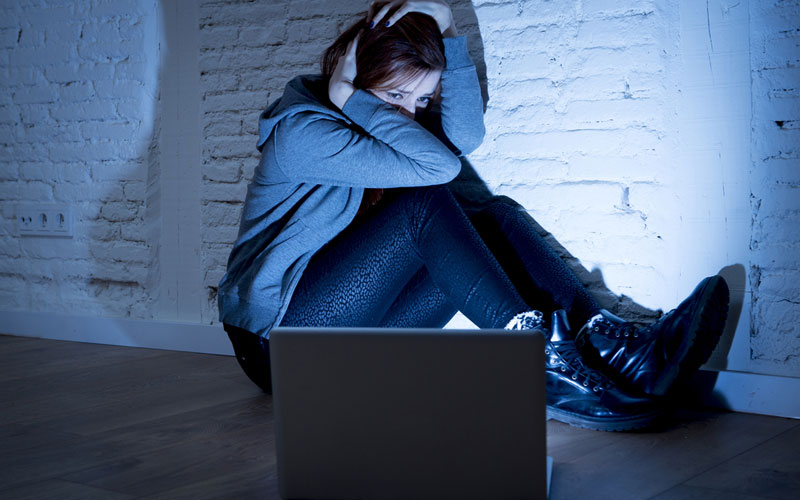 The reaction we should all have to the #MoreThanMean tweets men have directed toward women. (Photo illustration by Shutterstock)

The four minute and 15 second video below has nothing to do with reality television. But it has everything to do with the reality of how real people are treated online by other real people, and it’s a must-watch—especially for those of us (men, especially) for whom this isn’t just every day life.

Sportswriters Sarah Spain (ESPN, SportsCenter) and Julie DiCaro (Sports Illustrated’s The Cauldron) sit and listen to men read mean tweets they’ve received. But unlike the celebrity mean tweets that late night talk shows play for laughs, this isn’t comedy: these are sexist, misogynistic, and unimaginably cruel. I’m sure the content will not be a surprise at all to many women, who face versions of this all the time for just doing their jobs or daring to have an opinion.

For Spain and DiCaro to relive this harassment is quite brave. The men reading the tweets aren’t the ones who wrote them, and their horror at having to speak what other men have typed is beyond uncomfortable, as it should be.

The web site and podcast Just Not Sports (“a podcast and Web community devoted to all the things the sports world loves away from the game”) produced the video, which was directed by Chad Cooper.

Warning: the words are graphic and the content may be difficult. But watch it. Share it. Make your teenagers and adult kids and friends watch it.

A tangent: For me, this also serves as a strong reminder—for those of us who watch and respond to real people whose lives have been turned into entertainment—that there are real people on the other side of what we write on social media and elsewhere. As much as I could never imagine writing or saying the things that are spoken on this video, I’m sure there are also things I’ve written that it would make me uncomfortable to say to someone’s face. This video will stick with me as I write in the future.

Dear other humans: Let’s stop treating each other like shit online. Dear men who say things like this to women: stop.