The unexpected turn I Am Cait took in its second season

The second season of a groundbreaking reality television show began differently, with a road trip. Instead of a well-appointed home being the setting for conversations and learning from others’ life experience, the cast drove cross-country in a well-outfitted home-on-wheels, with their ideologies, personalities, and life experiences jostling around. Bunim/Murray Productions’ cameras watched as the cast found connections and fought between big conversations and smaller human moments.

That was 23 years ago, the start of The Real World: Los Angeles, as Tami, Jon, and Dominic drove cross-country in an RV. This spring, however, Bunim-Murray has done something remarkably similar with I Am Cait’ s second season.

It is almost Road Rules 2016, an unexpected resurrection of the reality television that used to just put people together in a confined space and watch what happened.

In the two dozen years since the original Real World, those kinds of dramatic documentary series have become the exception. There is no longer time or money or willingness to just let a show unfold, to see what happens. There is no room for error, so risks have become artifacts of the past.

After all these years, all reality television has pretty much been done, people claim, so now it’s just done again and again, an assembly line of shows that tick the same boxes. Fake friends are assembled, seasons scheduled, and cast members nudged by producers to keep them on track. Who cares about inauthenticity if viewers will tweet about the cast’s behavior?

The unscripted series that thrive creatively in this environment are those that have figured out how to have a strong conceit that works in a limited, predictable timeframe, an artificial construct into which real people are set loose (Survivor, The Mole), their interactions (Survivor, Naked and Afraid, The Mole) and lives (The Chair, Hoarders, Deadliest Catch) taped.

That’s what season two of I Am Cait has done, putting parts of season one—a well-intentioned public service that teetered toward boredom—into a road trip package that draws out the best in everything.

Season one wasn’t quite a fly-on-the-wall documentary, and though its choreography may have been less noticeable thanks to the show’s tonal and stylistic choices, it was still there. The hazy filter over Caitlyn’s sit-down interviews and the wide-angle establishing shots gave way to rough camera work, handheld cameras jostling around to follow the show’s subjects, a literal struggle for focus. It’s reminiscent of those early Real World days when no one quite knew what they were doing. Leaving those rough moments in the edit is deliberate, of course, and provides nice cover for the artificial constructs.

Yet season two did something even more unexpected than making its artificiality even more obvious: it relegated Caitlyn Jenner to a supporting role in her own show.

Caitlyn Jenner fades to the background

Caitlyn’s activism has always been framed as exploiting her fame in order to bring attention to trans issues. She used the first season to bring attention to others, yes, but she was always foregrounded, the reason all this was happening. Others’ stories were mediated by Caitlyn as she tried to learn via other people’s experiences.

Not so much any more. Season two is less about learning and more about being—and the other women on the trip are, it turns out, far more interesting than Caitlyn.

In the first few episodes, when she is on screen, Caitlyn is practically the show’s villain. Her callous and flippant responses get more play than her identity, especially during political conversations. Cait’s well-publicized Republican ideology actually sounds nothing like ideology, but rather manifests itself in the show as a Tea Party conspiracy e-mail that has its wisdom in all caps underneath the e-mail header information of the 41 people who forwarded it to their family members first.

Far more engrossing than Caitlyn’s naivety about Republicans’ policies—or even trans issues—are the perspectives of the other women, the assembled cast of activists and people, such as Kate Bornstein and Jenny Boylan’s ideological differences. Drawn out in conversation and debate, what emerges is often intense, whether it unfolds in the bus or at meals.

They are also edifying, covering a lot of ground. The word “tranny.” Sex reassignment surgery. Pronouns and labels. Drag culture and its relationship to the transgender community.

Even that isn’t the most interesting part of I Am Cait, though. Instead, it’s just being part of these women’s lives.

At dinner one night, Kate Bornstein tells her coming out story, and though she is an activist on a television show, it is a raw, human moment that bests anything on The Real Housewives. Ditto for Candis’ flirtation with her trainer, which ends in a rejected attempt at a kiss—and then a painful conversation the next day when he tells her, “it’s just not me.” These moments are allowed to breathe, and they pour out the feels because characters have been developed, and foundations laid over several episodes.

The show breaks the fourth wall casually, mostly with producers’ questions for the women, but also in more consequential moments, such as when a restaurant owner agrees to allow filming until he learns what show it is, and then says no. For this community, rejection is everywhere.

However much Jenner/Kardashian magic has been used to form the bonds between the women (and supporting cast of men, including, in one surprising moment, the driver) on the bus, they exist and grow stronger by the episode.

Caitlyn is still here, yes, often uncomfortable and struggling. She refuses, off-camera, to salsa dance with men, worried what her kids will think when they see that image. She says that dating a man would be “confusing for” her kids, but we’ve seen nothing but supportiveness, and this seems like a manifestation of fear. She seems to ignore Scott Disick at first, especially when he tries to ask her questions, though the relationship later gets reality-TV mended, or at least seems to improve. She’s complicated and growing and maybe just wonderfully flawed.

And what of Caitlyn’s privilege? The wealth, especially, that allows her to have a much easier, more protected transition? In many ways, the series perpetuates it. The cast is not traversing the country in an RV, but in a rock star tour bus, and then they are transferred to and chauffeured in smaller busses to their various activities. They stay at nice hotels and walk down Bourbon Street surrounded by security.

Still, the television and fame bubble can only extend so far, and at one key moment, Caitlyn forcibly removes herself from it, to talk with trans activists who are protesting her presence at a Chicago hotel.

That episode, “The Great Debate,” is quite meticulously crafted, finding depth and range across just a few narrative arcs. It opens in Chicago with Caitlyn confronting, for the first time in person, members of the trans community who are angry at her and don’t want her to represent them. Her attempts to reach out, with a physical touch, generate explosive hostility. A few story beats later and Caitlyn leans down to talk to a 13-year-old, who confesses struggling with coming out as gender fluid and then, later, to a camera’s lens, effusively praises Caitlyn. The message is clear: Caitlyn and all this is imperfect and messy, but whatever it is, it’s changed lives and minds.

Later that episode, after a debate-watching party and casual encounters with Hillary and Bill Clinton in a hotel lobby—a humanizing moment that seems to soften Caitlyn’s political rhetoric as she experiences the same thing that she show is trying to do—the trip moves to Graceland University. It’s a religiously affiliated school and Cailtyn’s alma mater, where the athletic complex has Bruce Jenner’s name on it.

Here’s where the series could easily give its focus back to its star. Yet there is an emotional reunion with Caitlyn’s former coaches, the dramatic focus is again on someone else—someone even more interesting than a celebrated athlete returning to an alma mater after undergoing significant life changes.

The episode’s weight comes from Ella Giselle, who’s 18 and a year out of high school and new to the group this season. Coincidentally or not, two of her high school friends go to the university—including one she had a crush on, and who hasn’t spoken to her since she came out. The show paces this reunion out well, and eventually he fails to show up. But his best friend, Michael, does show up. The pain of the crush’s absence and the celebration of his friend’s acceptance are both there, just as the divergent reactions to Caitlyn Jenner’s activism coexist in the same episode.

I Am Cait fulfills the promise of The Real World

The end of the season returns to Los Angeles, deflating it somewhat as the road trip camaraderie evaporates and Kris Jenner emerges as a central player. Yet the other women don’t recede. The penultimate episode begins with Kris and Caitlyn talking, but its emotional focus is Candis’ desire for a family and the challenges of adoption for a trans person. The finale throws in two more brief road trips, to a ski resort, for fun, and to Houston, to protest the city’s bigotry-fueled rejection of an equal rights ordinance.

Opponents of that bill won with a campaign that argued, including in a horrific ad, that allowing people to use the restroom that correlates with their gender expression would somehow result in predator men putting on dresses to sneak into bathrooms to assault women and children. (It’s an ad the women make Caitlyn watch, because she’s made similar men-in-dresses comments.)

That ad asked its viewers and voters to imagine transgender people one way: as predators in dresses. And since many people don’t yet know a transgender person in real life, it’s easy for them to let that image stand in for all of them.

But thanks to Caitlyn Jenner, that’s becoming more difficult. On her show, we find a group of women who all have different life experiences and perspectives about what it means to be trans, if they even identify that way. They’re just women on a bus, arguing about politics or stuffing donuts in their mouths.

Early seasons of The Real World were criticized for casting people into roles: the urban black person, the ignorant religious southerner, the gay person. The show and other cast members unfairly asked those individuals to stand in for groups, for one person to represent everyone who matches some arbitrary external characteristic.

By taking a group of women—women who may or may not even identify with the word “transgender”—on a road trip, I Am Cait has made it impossible to see its transgender cast as anything other than individuals, as people. 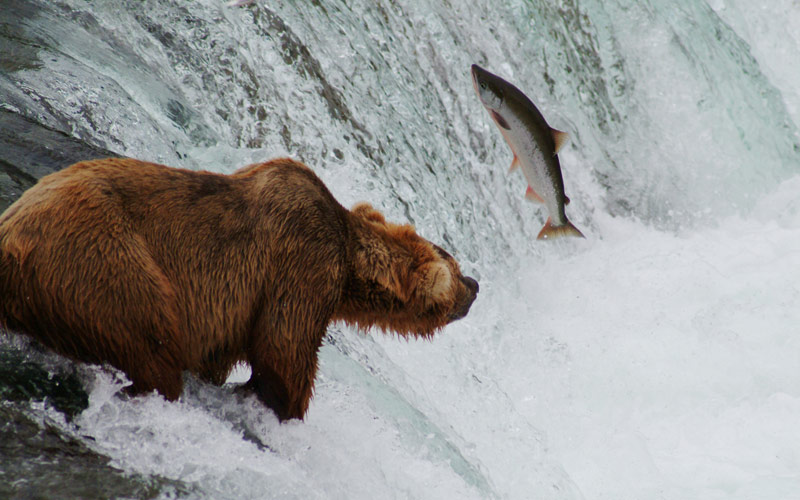 Previous
America's best idea, back on TV all this week 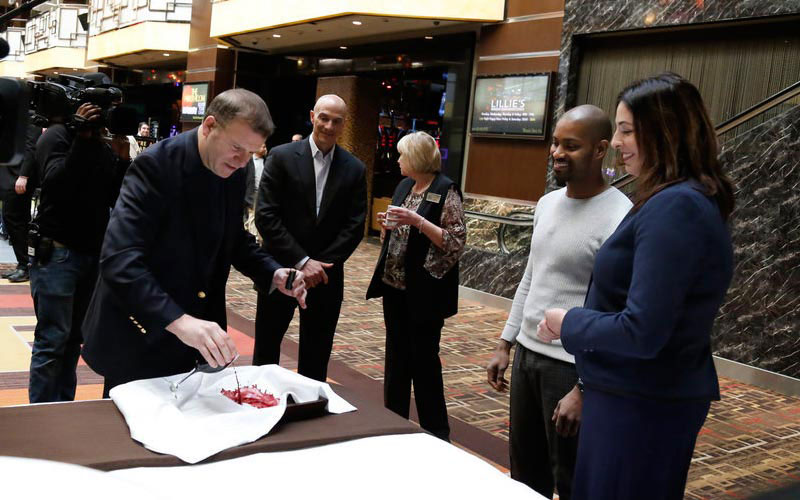