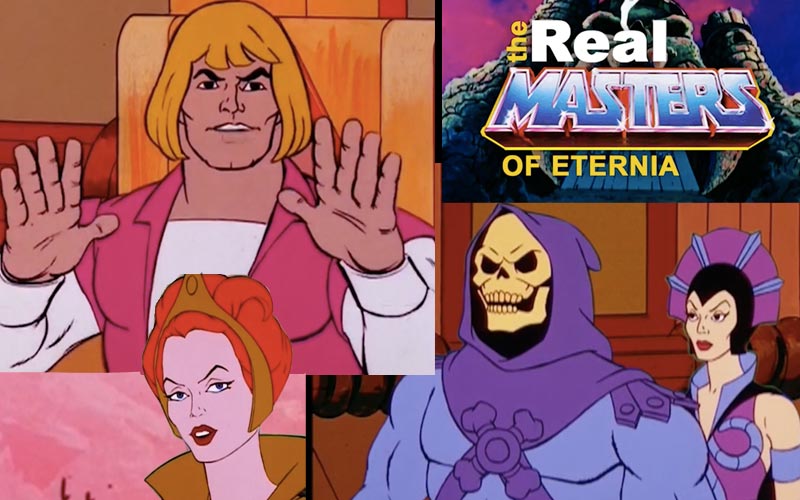 Screen captures from the He-Man reality show, The Real Masters of Eternia.

What happens when a 1980s cartoon meets reality television? No, not a Survivor merged tribe’s name, but an episode of He-Man the reality show, with He-Man, Skeletor, Teela, and all the others whose names I cannot remember.

DreamWorksTV’s He-Man reality show calls itself The Real Masters of Eternia. The footage from the cartoon now has new audio that turns it into a reality series complete with a challenge. It was created, written, and directed by Matt Levy and Alex Hoffman, and is, according to the intro:

“…the true story of 8 Eternians, picked to live in Castle Greyskull, compete in challenges, and have their lives filmed to find out what happens when The Masters of the Universe stop being polite, and start getting impolite.”

My one note is I think there’s probably a lot more opportunity here, both with He-Man and other 1980s cartoons and/or shows. It’s a fun way to revisit that nostalgia.