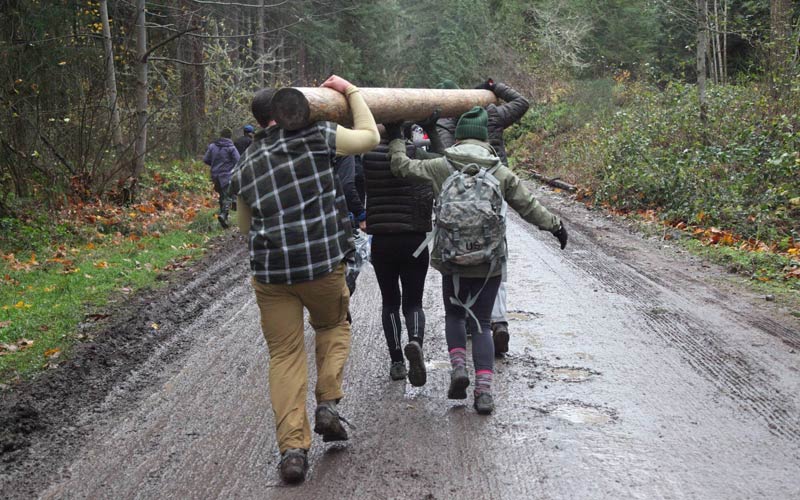 “How often do you see a reality format that catches and does season after season on network these days?”

That’s Jon Kroll, executive producer and showrunner of American Grit (Fox, 9 p.m. Thursday), candidly assessing the environment into which his show, a brand-new reality format, is being born into.

American Grit‘s format has familiar elements, but it plays with them in interesting ways. It’s like Survivor with endurance challenges instead of Tribal Council, with coaching instead of strategizing.  Mount Rainier hovers in the background when it’s not concealed by dense Pacific Northwest forest. There’s also host John Cena, the most visible attempt to defy those odds and catch on.

But there is also a lot happening behind the scenes to try to make American Grit one of the rare broadcast reality television success stories.

The team of people who produced and filmed the show late last year is one Kroll talked of admiringly, often by name, during our more than hour-long conversation in Los Angeles last week. It includes one of the all-time great reality show directors, J. Rupert Thompson, and people who’ve worked on The Apprentice, Survivor, and many other shows.

In the reality TV industry, Kroll said, “there are a lot of people who care, but we all know that there are some people who don’t know how to elevate a show. I think experience really brings you that. We were constantly, throughout the show, looking for what we could do to elevate it, because we thought we had something kind of special.”

I watched the first two episodes, and I agree. I was really surprised especially at how much the premiere—which has an incredibly satisfying narrative arc—feels like a fully realized show, since it can take show a few episodes or even a full season to really find its footing. And first episodes are tough. (As Kroll joked, “every first episode, it’s 10 pounds of shit in a five-pound bag.”)

Despite all the work behind the scenes, like the best reality television, American Grit creates a context and lets its cast do the rest. “I’m a big believer,” Kroll said, that “manipulation is for lazy people who don’t know how to set up a world that has self-governance.”

How American Grit’s world was created 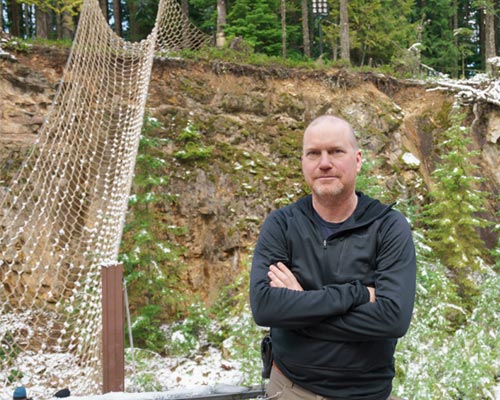 Kroll came on board as showrunner last summer after finishing Fox’s Bullseye, a Fear Factor-like competition. American Grit was, at that point, only an idea that consisted of just three words: military, John Cena. The format was born “sitting in a room with David George, Brent Montgomery, and Will Nothacker from Leftfield, and brainstorming the whole show.”

Everything was on the table: “Would the competitors be military? Would there be competitors?”

The result is a competition where a cadre of four people with military backgrounds coach and mentor teams of athletic but non-military people. There is no voting, only an endurance challenge whose loser/quitter exits the competition each week.

“The lens through which the entire show is seen is the challenge for these accomplished military leaders to lead—not the Bad News Bears, they all have athletic skills—but people who don’t have any military training,” Kroll said. “That’s what got the cadre invested in their teams.” They even picked their own teams, “with broadcast standards standing by. They had to live with their mistakes.”

Their team members have a range of backgrounds, and the show “defines athleticism in different ways—this is something in casting that I really fought hard for,” Kroll said, pointing out that they have, among others, a “yogi, roller derby queen, an equesterian, as well as an Olympic gold medalist, and NFL pro, and a bodybuilder. That gives us a different way of looking at athleticism, and we test them in different ways in the endurance” challenges.

The coaches of the losing teams do choose one person to go into the elimination/endurance challenge, known as the circus, each week, but the results aren’t what you might expect.

“We thought the cadre would go to the weakest link as a logical means of how to handle sending someone to the circus, as a fair way of doing it. Because they have such a team mentality, instead, their approach was, How can I keep my team together?” Kroll said.

WWE star John Cena, who had a breakout role as an actor in last year’s Trainwreck, was “an active executive producer” on American Grit. “I’ve never worked with talent that’s been as prepared and as in-control of their own voice as he is,” Kroll said. Fox in particular wanted to “make sure you’re taking advantage of this incredible gift you’ve been given, this big star who’s never done a show like this before,” he added.

In the first two episodes, at least, that really does show on screen—he has the reality host thing down, and his personality is there but never overshadows the contestants.

While the production “played with using an IFB for him”—an earpiece through which a host can hear producers, or sometimes just parrot what producers say—they instead had a producer, Curtis Colden, work closely with Cena.

Colden, “who’s done the Apprentice for years, both the Donald and Arnold, did a great job of putting together material for the show,” Kroll said. “They would work through stuff together, deal with things that were going on with the gaming of the show, where we had to change things if there was a rules thing. We found that more effective than being in [Cena’s] ear.”

“But Cena put the Cena sauce on everything—that’s actually what we called it. He’s really taking the information we’re giving him and making it his own,” he said.

That includes the one-on-one conversations Cena has with the contestants who are heading into the circus, and they really are conversations, not typical reality interview banter. Kroll told me that Cena was so invested that he spent the night before a particular interview searching the web for information about a contestant to inform his questions.

“John doesn’t want to just show up at the house and hang out with them, he wants his appearances to have purpose,” Kroll said. “He goes there when he’s going to reward the winning team, or he has his one-on-ones with them, but he doesn’t just show up.”

Next page: How Survivor challenge producers created endurance challenges in the forest