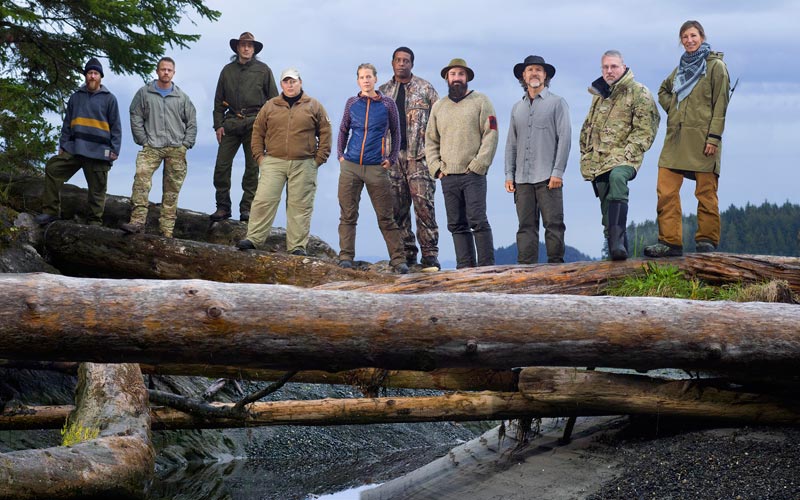 The second-season cast of History's Alone. (Photo by Brendan Meadows/History)

Alone, the reality series that isolates its cast members and has them film themselves is back tonight for a second season (History, 9 p.m.). And it will be back for a third season, too, as History has already renewed it in advance of the season-two premiere.

Three of the 10 cast members, whose biographies are all below, are female, a change from season one’s all-male cast. Fascinatingly for a reality series, there’s only one person in their 20s, and he’s 28; the majority of the cast is in their 40s. They’re all competing to outlast each other; the winner gets $500,000.

As I discussed in my review of season one, it’s a sometimes deliberate, often gripping series that focuses on both the very real dangers of Vancouver Island, and the self-created psychological terrors that come from living in solitude in an unfamiliar place.

In the exclusive preview below, Desmond, who’s 37 and served in the U.S. Army, feels confident after finding water, but anxiety sets in as he searches for a place to put up his shelter and discovers something rather crappy about his location.

The bios for season two’s cast, as provided by the History Channel: