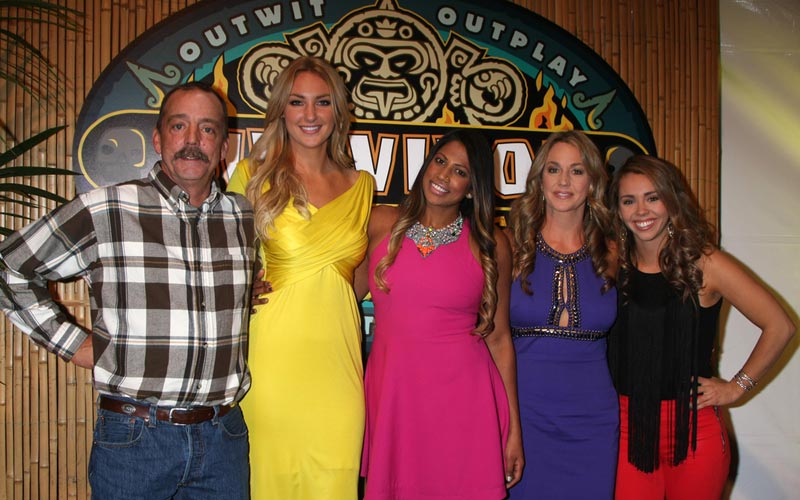 Update: How Survivor cast seat fillers for season 35, Heroes vs. Healers. vs. Hustlers.

Hi! I’ve watched Survivor since season two and have enjoyed reading your stories and posts for years. Do you have any idea how to obtain finale tickets? I Googled it and didn’t get much. I know that you are an expert in all things reality TV, so I thought you might be able to point me in the right direction. Thanks so much! —Chris

Thank you, Chris, for your kind words.

Alas, Survivor finale tickets are elusive, which is why answers are similarly elusive. That’s because they aren’t publicly available and are basically invitation-only. The crowd you see on television is usually filled with CBS employees; Survivor cast members’ families or friends; press; and other invited guests, who may include celebrities, or previous cast members.

However, there are three ways I know of that make it possible for fans to get tickets to the live Survivor finale and reunion:

Good luck. Let me know if you make it—and have fun!

Update: How Survivor cast seat fillers for season 35, Heroes vs. Healers. vs. Hustlers.

Covering Housewives and other soapy shows

You have a wonderful website. I was just wondering why you don’t cover any of the Housewives shows, Vanderpump Rules, or Teen Mom. Thanks, Dakota.

Thanks for the excellent question, Dakota, and the compliment. I appreciate the opportunity to answer it, because this is something I think about a lot but rarely share.

What’s guided the coverage on reality blurred since it’s early days has been simply what I’m interested in.  Almost 16 years ago (oh, time, you vicious monster), that was a lot easier, because there were so few shows, and so much of it was great. Even the reality TV misfires were interesting because they were trying new things.

Now, there’s so much reality television that it’s impossible to watch or cover everything. And that’s really the first answer—I just have to pick and choose, and those shows are among the many that don’t get my focus.

Bravo has basically become an entire network of The Real Housewives. Even the shows not called Housewives, such as Below Deck, are the exact same show. It works for them, so it makes sense, even if it’s depressing how that proliferation has squeezed out other shows, like talent competitions or more authentically documentary-style series that just dipped into someone’s non-producer-planned life.

For me, since they all blend together, I tend to watch RHONYC and Flipping Out, and not much else. I do cover Housewives shows occasionally, but only when I have something to say and/or think something is important enough to share, which is the really the same with all shows that I watch. And as always, I welcome tips or suggestions, especially if something is going down online or on TV that you think I should know about.

The other reason, quite simply, is that other people do it better! There’s no reason for me to duplicate what others are already doing quite well (though that often seems like the business model for some web sites). If something is published on reality blurred, I want it to be adding to the conversation and providing something you can’t find elsewhere. I may not always succeed, but that’s my goal.

Speaking of others who do it better: As a fan of Bravo’s reality TV, if you’re not already a listener, I highly recommend Watch What Crappens, a podcast by Ben Mandelker and Ronnie Karam. Both are perhaps best known previously for their work with TVgasm, an early and very missed recap/snark site that gave us genius like this. I’m grateful that the Internet has given so many of us the ability to carve out and inhabit our corner of it.

Have a question about reality TV or something related? Send it in!