Skip to Content
The cast of Lifetime's The Mother/Daughter Experiment: Celebrity Edition. (Photo by Karolina Wojtasik/Lifetime)

If SallyAnn Salsano’s life were a reality show, one of her central storylines would be how much she works, on and off set. Her bio from her publicist even mentions “her reputation as the most hands-on executive producer in the television industry.”

There’s a reason for that. When I interviewed her recently, it was just after 7 a.m., and she was multitasking, talking to me while ordering food for her staff. But she’d been working for hours. “I am already two edits deep; I started at 4:30 today,” she said. Her schedule for the day: “All-staff meeting, 7:30. Pitch meeting at Oxygen at 9:30. Then back in the office and gearing up for some new shows we have in preproduction,” she said.

The other storyline might be how publicly passionate she is about her shows. Her newest is The Mother/Daughter Experiment: Celebrity Edition (Lifetime, Tuesdays at 10), which is like Marriage Boot Camp: Reality Stars, except the celebrities bring their mother or daughter into the house for two weeks of made-for-TV counseling.

“I love this show so much it hurts me,” Salsano told me. “I am a person who has watched every single show that all these people have been on, and I read US Weekly, OK, InTouch, Star—you name it, I read them every single week as if I get paid by the picture. I literally cannot stop reading those magazines.”

So how can a reality show get people so used to living publicly to actually open up? To not just perform for the cameras? After all, people and their managers were reaching out to be cast because they recognize that the chance for publicity. (“Once word got out, it’s funny, managers or agents or even celebrities themselves were e-mailing me,” Salsano said.)

“If they’re doing something and acting out in a way that makes sense to their story or what’s happening on the show, great,” she said. But the show’s structure also helped: “We use a mechanism to dive right in that does not allow them a chance to warm up. … In episode one, we rip off the band-aid.”

Whether it was performative or not, things came up that aren’t (yet) tabloid fodder. “You’re delving into stuff that’s not so public,” Salsano said. “Most people keep their upbringing, their childhood—all that kind of stuff doesn’t come up.”

She added, “On this show, you see them in a light you’ve never seen them before. … You really know who people when you put them with their family. There’s something about seeing people that you know and love and have followed for years, and then adding their mothers and daughters in the mix—I find it so interesting it’s unbelievable.”

How interesting? In a made-for-reality TV moment, SA, as she goes by, told me this story about production of The Mother/Daughter Project:

“When I was there, I couldn’t stop watching. I only live 20 minutes from the set, and I got a hotel that was like four minutes away because I couldn’t bear—that would be 40 minutes a day that I would miss out on watching them. It was literally psychotic. My husband sprained his ankle and was on crutches, and I was like, Yeah, I’m out of town. I was not out of town.”

Party Down South comes to an end

As one show begins for SallyAnn Salsano and her 495 Productions, another is ending: Party Down South.

Though Jersey Shore ended in 2012, the format was basically reborn in CMT’s Party Down South (Thursdays at 9), which puts people in a house in the south so they can drink and do dumb things.

CMT recently cancelled it after five seasons of the original and two seasons of a spin-off with a different cast.

“That show, I don’t believe is over,” SA said. “The ratings are up this year in season seven—I think the network is just going in a different direction. It was the #1 in the history of CMT, and it’s still the #1 show on their airways now. It’s a choice that they made; I respect them, and I’m so grateful for the opportunity, but in my mind, that party’s never over. We’ll figure it out.”

I asked explicitly if the show would move to another network, and she said, “We’ll see.”

Where the reality TV industry is today

There’s been a lot of talk in the reality TV producing community recently about just how difficult it is to get a show greenlit and on the air now—though looking at this list, you might not think so. 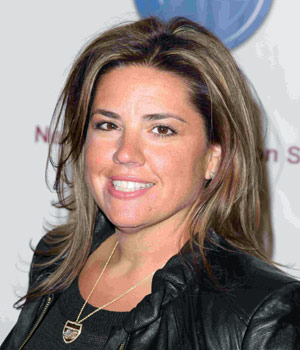 Salsano agreed that it’s true. “It’s been way harder,” she said. I think the important thing is to remember, we’re all kind of a team. When it’s harder for the networks, it’s harder for the producers. Everyone’s under an extreme amount of pressure right now. As long as we all band together, everything will be fine.”

“Everyone just needs to be patient, and instead of trying to figure out what the mathematical way is to put on the best show, I think you need swings to get hits,” she told me. “So the more swings we all take, the more hits we’re going to get. In fear, we move a little bit slower. It’s time for everyone to saddle up, throw a couple pitches, and hit a couple out of the park. I think once a couple more shows emerge, everything will be back to normal.”

Another talking point in the industry is that derivative shows—i.e., ones that resemble other shows—are being increasingly rejected, though of course copycats still abound.

But SA isn’t quit to dismiss any show that’s similar to another show. “People are so afraid of the word ‘derivative,'” she said. “I think people know what they want. It’s the why the Real Housewives of Potomac worked. Do people really know what Potomac is? No. But they like that format, they like that show, so what the network is doing is giving them more of what they like. A lot of networks are like, Trust me, people want something new—which is true, and we always have to keep trying. But I think also what we need to do is keep in mind that people also like a certain kind of TV and we should give it to them.”

Producers also have to deal with some network executives’ desire to know what’s going to happen before it happens; they often want a season mapped out before filming begins, so they can feel confident investing resources in it.

“In the end, I always say, if I come back with the show that I wrote down on paper, I’ve failed. I just think it’s an exercise we all do,” SallyAnn told me. “Yes, you need a format, you need certain things. But in the end, if you’re doing a reality show, it’s kinda hard to write it out before you go out there. If I can predict every single thing that a person’s going to do, then so can the audience, and I think we’ve all lost the game.”