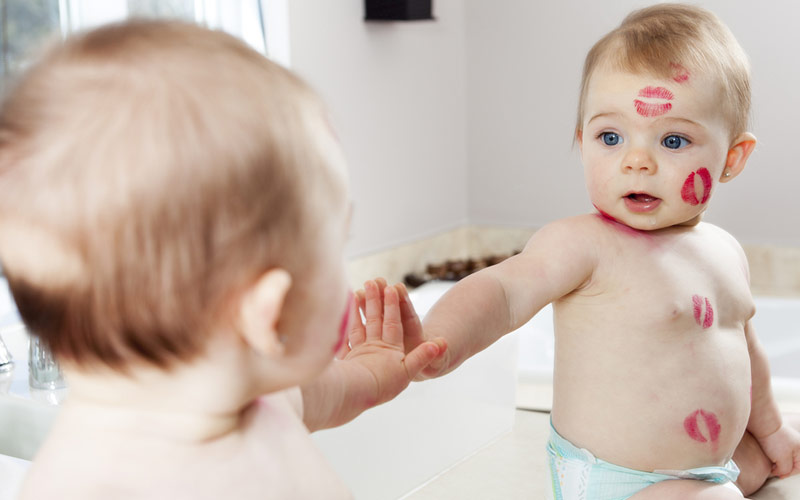 Ugh, look at this narcissistic baby, just staring at itself. It must be a fan of reality TV, if all the recent headlines are to be believed. (Photo by Shutterstock)

Over the last two days, a lot of headlines have declared that those of us who watch reality TV are full-blown narcissists. These journalists, writers, and/or hacks have chosen to lead with the narcissism of reality TV watchers, offering their readers a new way of feeling superior to people because of their television choices. Here’s a sample:

One problem, though. All of these headlines—and, to varying degrees, some of the stories themselves—focus on reality television but ignore what the study actually found.

This kind of leap to judgement and reality TV finger-pointing is just like the utterly lazy way some people are calling this presidential election a reality show because reality television is the easiest possible target. It’s also wrong.

The truth about the reality TV narcissism study

The study, which was published Feb. 15 in the journal Psychology of Popular Media Culture and consisted of just 565 college students, concluded that the following things were also linked to narcissism:

The only thing that was negatively correlated with narcissism was watching the news. (My guess is that news watchers aren’t narcissistic because they’re too busy being terrified by the fear sold on 24/7 news networks and local news alike.)

Some of the articles get around to mentioning this, but again, still prioritize reality TV—even though reality TV actually scored lower than political talk and suspenseful shows in terms of its correlation to narcissism.

Here’s what the research’s abstract says, with my emphasis added:

These qualifiers aren’t as exciting as clickbait

The actual text of the article, which I found by doing the very difficult and complicated task of typing a few words into Google, discusses all of this in detail.

In the part about reality television shows, there are many interesting qualifiers, mainly that “reality programs proliferated during the formative years of our typical participants” (who were, again, college students) and notes “our participants’ exposure to reality TV may reﬂect a persistent inﬂuence over the course of many years.” The article also points out that “an argument can be made that the triangulation of reality TV, social media, and a culture of individualism, exhibitionism, and entitlement may account for increases in narcissism over time among college students.”

And there’s more. The authors admits that a “limitation of the present study is that classifying TV genres is an inexact science,” and actually cites the very large difference between The Amazing Race and Keeping up with the Kardashians as an example of this.

But here’s the real kicker:

“The most signiﬁcant limitation of the present study is its inability to yield claims of causality.”

In other words, it cannot prove that watching reality TV causes narcissism. But I think we can prove causality between headline writers and their unwillingness to do more than kick sand in reality TV’s face because that’s easy and fun.