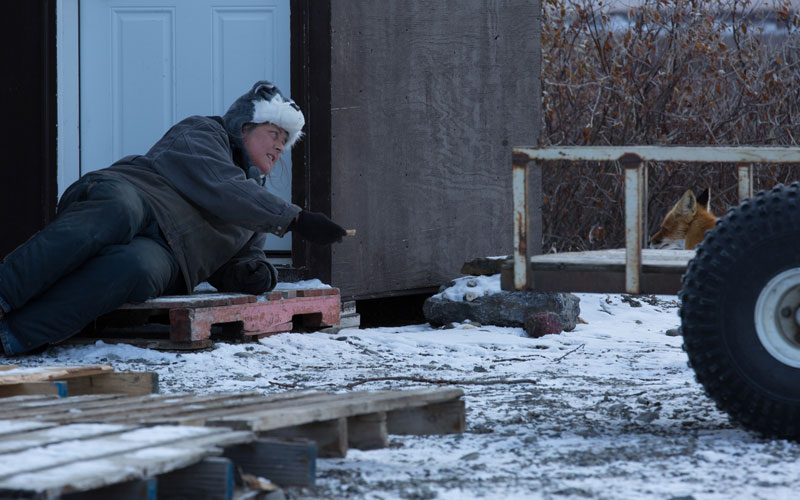 Sue Aikens greets a fox at her camp in Kavik during the start of last fall's season. (Photo by David Lovejoy/BBC Worldwide Productions)

If this preview of Life Below Zero’s new season is an accurate reflection of what’s to come, winter will be as brutal as ever for those who choose to live in remote parts of Alaska.

This new preview of the season is both gorgeous and somber.

It’s set to a version of “Somewhere Over the Rainbow,” and the brutality of winter is illustrated though some pretty exceptional visuals and interesting camera angles—like a shot from a camera attached to Sue Aikens’ rifle.

A total of 12 new episodes debut April 7 at 9 p.m. The network previews what’s ahead:

I’ll have a new interview with Sue Aikens closer to the show’s debut, but for now, watch the new trailer—and then read my previous conversation with her. 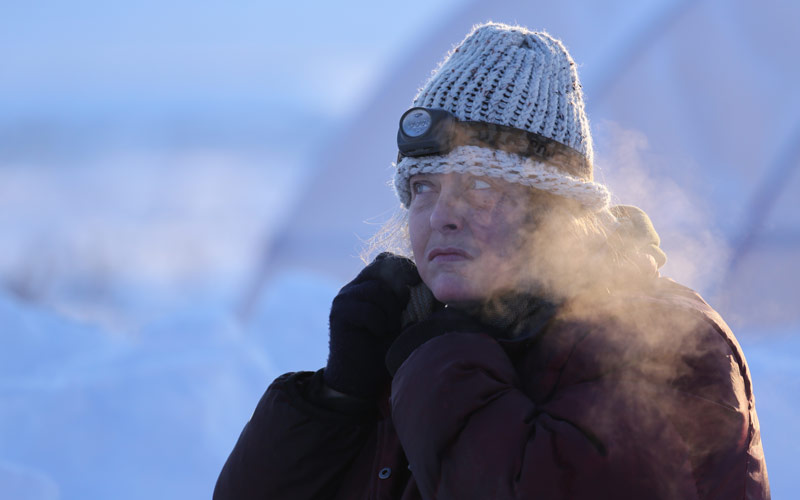 Sue Aikens reveals how her life is filmed in Alaska