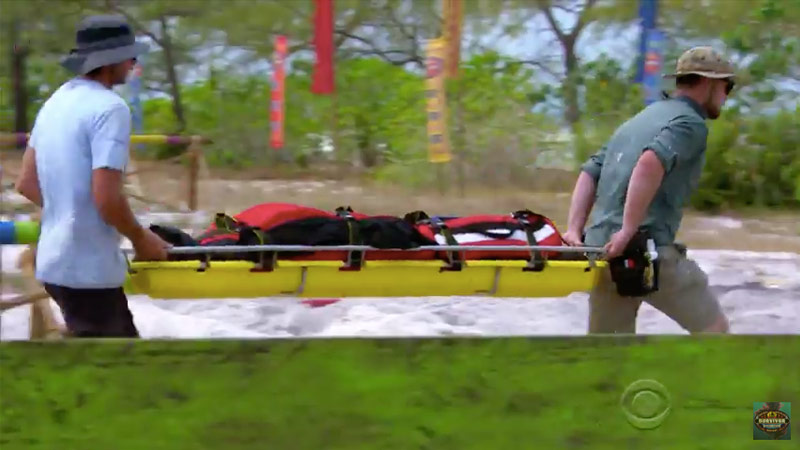 An image from the promo for Survivor 32, now being referred to as Survivor Brains vs. Brawn vs. Beauty.

CBS used some of its ad time during Super Bowl 50 to promote the 32nd season of Survivor, with a 20-second version of a longer promo that’s run before. The promo, which had a terrific soundtrack and great editing. completely ignored the season’s previously announced name, Survivor Kaoh Rong, and instead called it just Survivor Brains vs. Brawn vs. Beauty.

The promo is set to this song: “Get Up” by Dorothy, a Los Angeles-based band that released the song Saturday. The band mentioned the song’s use on Facebook—it’s perfect for Survivor, with lyrics that include “sole Survivor.” (The song is also used in the “Who’s Got What It Takes?” promo.)

As great as the promos are—just look at the details of the fire effects as each tribe division is introduced—they are a little worrisome.

Yes, following such a great strategic season, there is inevitably going to be some letdown, as it’s unlikely this season will be as strong. That’s okay. Still, I really am starting to worry about the emphasis on medical drama, and really hope the medical evacuations are not more interesting than the game play and characters.

Of course, these are just promos, and their target audience—especially during the Super Bowl—isn’t the regular Survivor viewer, but a broader audience that might tune in because they get to see some punishment, oh yeah.

Here’s the version that aired during the Super Bowl, which, yes, isn’t nearly as great as Helen Mirren’s flawless drunk driving PSA, but is still quite well-done:

Here’s the longer “The Most Punishing Season Ever” promo: