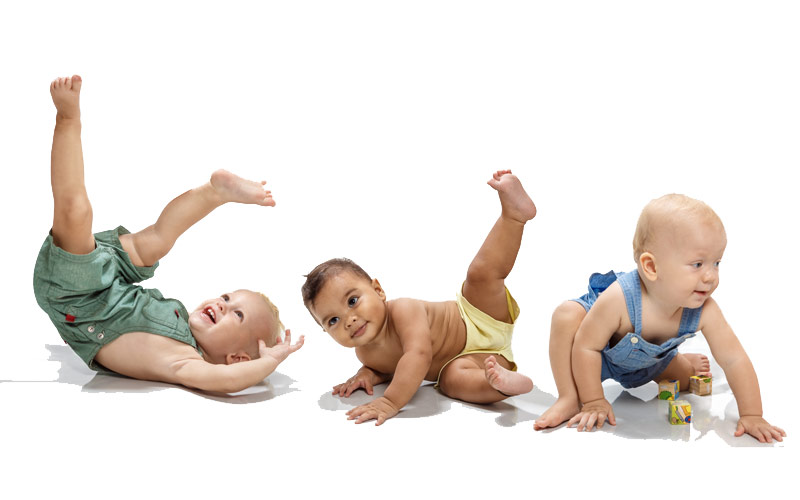 Okay, there won't be babies dancing on So You Think You Can Dance: The Next Generation, but this is a good illustration of the drastic change to the format of the Fox competition. (Photo by Shutterstock)

Fox has finally renewed the in-limbo So You Think You Can Dance, but there will be a major change to the show’s format: kid contestants.

Yes, the 13th season will be SYTYCD: Junior, though that’s not it’s actual title, which takes the Star Trek route instead: So You Think You Can Dance: The Next Generation. On the new season, kids ages 8 to 13 will be paired with previous SYCYTD contestants.

“During nationwide auditions, which begin next month in three cities, including Los Angeles (Saturday, Feb. 27), Chicago (Friday, March 11) and New York (Friday, March 18), the most talented next generation of dancers will compete in front of the judges for a place at ‘The Academy,’ where only the best of the best will be selected for the next round of competition. At the end of the round, the Top 10 dancers will be partnered permanently with a SYTYCD All-Star. The competition then moves on to the SYTYCD studio, where the top youngsters will compete each week in a variety of styles, working and performing alongside their All-Stars with world-renowned choreographers. One young contestant will go home each week until a winner is named on the season finale.”

Paula Abdul and Jason Derulo will both return as judges, alas.

Executive producer and judge Nigel Lythgoe’s press release quote says, “By evolving the So You Think You Can Dance format this season, we can showcase the very best junior dancers out there and open up the world of dance to a whole new generation.”

However, Nigel’s only tweet about the renewal so far totally ignores the kids, instead focusing on the part that will please fans: “…the news is out. #SYTYCD is coming back with the All-Stars”

An understandable change for SYTYCD, which hasn’t aged well

It’s understandable why Nigel might be focused on the return of the all-stars, because the kid part threatens to alienate the show’s passionate fanbase. Though they are passionate, they aren’t a huge audience.

That’s why show has repeatedly been on the bubble, though it has also repeatedly escaped cancellation.

Honestly, it has also felt rather stale in recent years, and I say that as a die-hard fan of the early seasons and a true believer in the show’s early emphasis on talent over all else. While American Idol screwed around, SYTYCD was laser-focused. It had its problems—most notably Nigel’s archaic understanding of gender roles—but it generally just celebrated terrific dance, from the contestants and choreographers. Even in its decline, there were exceptional performances.

This is a better change than last year’s changes, which oozed of desperation, especially the new judges. And it’s understandable that Fox would want to capitalize on something that’s worked so well for them: talented kids.

While executives had to initially be sold on the Masterchef Junior format, it’s paid off in both ratings and buzz, and overshadowed the non-kid version. If SYTYCD can get find kids with telegenic charm and talent like Masterchef Junior has done pretty consistently, it may find itself with new life.