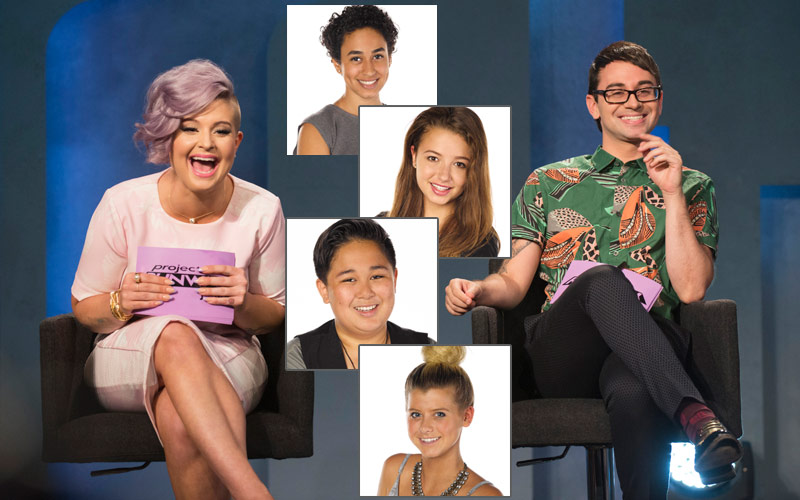 This surprises me even as I write it, but the show is better, in many ways, than the original. Project Runway Junior has everything about the original series that I love and none of the things I don’t.

That is even more of a surprise after the attempt at Threads, which had one-off episodes and unnecessary drama. But some wonderful person or some wonderful people realized that all they needed to do was film the exact same show with kids.

Sure, some of Runway’s weak spots are here, too, most notably the a sponsor has paid for it so we must cram their product into this challenge even if it wastes the designers’ time and looks like crap product integration.

But most all of the chaff has disappeared and the heart of the show has emerged, beating stronger than ever.

Kids bring out the best of Project Runway

Everything that turned Project Runway into a sleeper hit phenomenon 11 years ago is here:

What’s most remarkable was that the presence of teenage contestants has also subtracted the less necessary, uglier parts of Project Runway. Most notably, there’s a lack of drama and backstabbing. Sure, sometimes the kids get disappointed or frustrated—there have been so many tears—but they haven’t turned on each other or themselves. They persevere, they improve.

Also gone is all the filler used to take Project Runway’s normal episodes to 90 minutes, such as the advertisements for hairstyling and makeup products.

Masterchef Junior not only softened its judges’ approach, but also eliminated kid contestants in pairs. But here, the kids are treated like their adult counterparts: they’re eliminated individually, and get auf’d—er, hugged—and sent home after careful critique of their work.

Let’s talk for a moment about the judges. What I mentioned in my first-look review has held up all season: this is a terrific panel, all of whom echo the best parts of their predecessors but are also not doing parody, either.

Christian Siriano is all the best parts of Michael Kors and Zac Posen; Aya Kanai nicely offers the same kind of direct, magazine editor-feedback as Nina Garcia. Kelly Osbourne is more toned down than she has been on other reality shows, yet still has clear passion and a point of view that livens the panel.

Hannah Davis sometimes sounds almost exactly like Heidi Klum, yet has found her own way into the role of host; she blends into it in all the ways that Alyssa Milano jarringly stands out. That’s what a great host should do, be present but not the center of attention. Hannah also gives good critiques, direct yet empathetic.

One thing that unites the panel is how emotionally challenging their elimination decisions seem to be, though their compassion doesn’t override their responsibility.

Ditto for Tim Gunn. Oh, Tim. A cast of younger contestants has brought out even more of what I love about the show’s mentor. While he is full of warmth and appreciation for their work, he does also not patronize them, and gives honest critiques of their work.

The final four contestants—Samantha, 16; Zachary, 16; Peytie, 15; and Maya, 13—each have done phenomenal work throughout the season. While they might not have the confidence to always recognize it, each has a distinct style and point of view that’s sometimes more well-defined than their Project Runway predecessors.

Yes, the kids’ final collections weren’t quite as impressive as their work earlier in the season and as what we’ve seen from the more experienced designers on Project Runway. But the kids also had just three weeks, such a short time that Tim Gunn didn’t even do home visits.

The kids have been under ludicrous time crunches all season. Consider, when evaluating their work, that nearly every challenge was a single day—one work day, which isn’t even a full day. The show feels like it was filmed rapidly, either to save money on an untested format and/or because of the kids’s schedules.

That constraint hasn’t been noticeable in their garments. They’re just amazingly talented and tenacious, period. I want to watch them forever, and I want more Project Runway Junior.

That said, I don’t want what happened to Masterchef Junior to happen here, specifically that it tried to do too many seasons, too fast. It hurt casting and made the show less special. Project Runway All-Stars feels like skippable between-real-season filler, and Junior should not fall into that pattern, too.

Hopefully, some of what works so well here will flow back to the original—60-minute episodes again, please? And hopefully the show will return with another group of talented kids competing as part of a show that reminds us why we were drawn to Project Runway in the first place.