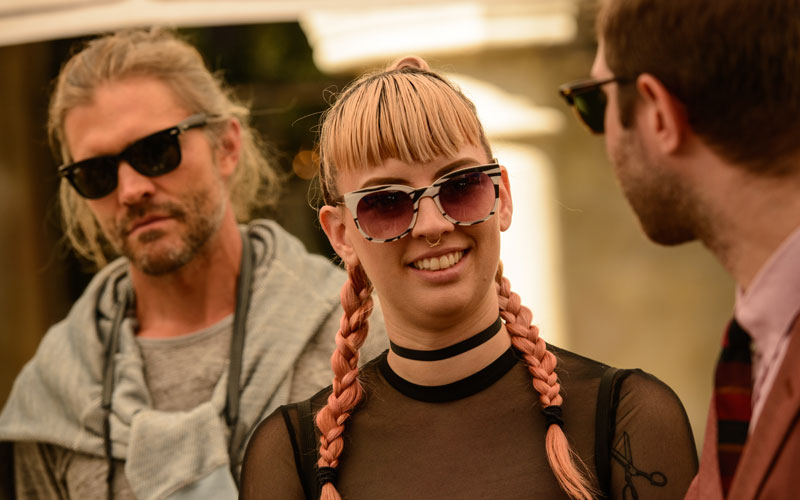 A scene from Amazon's The Fashion Fund season 3. (Photo by Barbara Nitke/Amazon Video)

In 2013 and 2014, Ovation aired two seasons of a quiet but great competition series, The Fashion Fund. Now, the show—a competition between designers that has a $400,000 prize and includes judges such as Anna Wintour and Diane Von Furstenberg—has moved to Amazon. Season three’s first episode debuted yesterday—and is free for anyone to watch, even if you don’t have Prime, thanks to in-episode ads.

The Fashion Fund is like Project Runway extended over four months, without the same kind of challenge-elimination format. After all, it follows an actual competition—The CFDA/Vogue Fashion Fund—that existed before cameras started following it. (Actually, both the competition and Project Runway started in 2004.)

There are 10 half-hour episodes, a change from the six hour-long episodes that aired on Ovation. Amazon will release one episode of the show a week, another unscripted departure from its all-at-once binge model. (The New Yorker Presents is being released two episodes per week, though that show has standalone episodes.)

Amazon has also created a storefront to sell “a curated selection of the Spring 2016 collections of this year’s designers all in one place.”