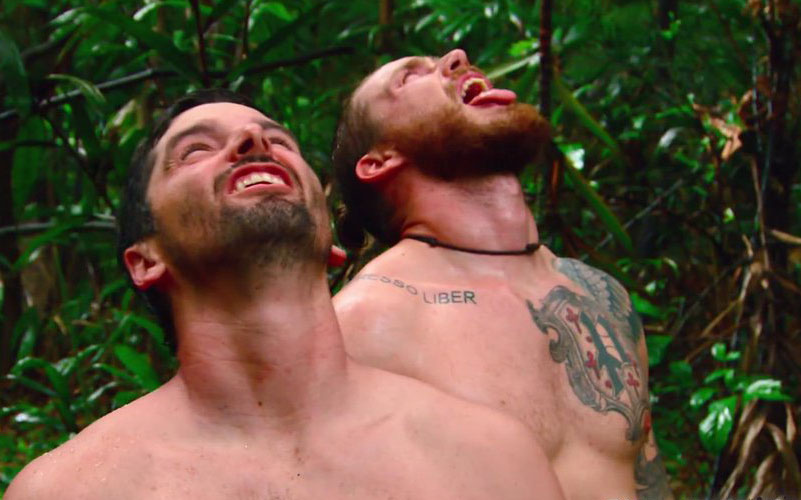 Both a producer and a star of the Discovery Channel’s Dual Survival have defended the show’s seventh season changes, especially the casting of primitive survivalist Bill McConnell, whose approach has irritated and angered some of the show’s fans—a “violent reaction,” according to its executive producer. McConnell and Grady Powell, best known for being a cast member on National Geographic Channel’s now-cancelled Ultimate Survival Alaska, replaced fan-favorites Matt Graham and Joseph Teti, who’ve been on the past three seasons.

Besides the new cast members, Dual Survival also changed its format, and hinted at the tension and conflict in the season-seven announcement: “Each episode takes place in a different remote wilderness location, where Grady and Bill must put aside their philosophical differences and work together to secure the four key elements of wilderness survival: water, food, fire and shelter.”

There isn’t great news for fans who want seasons one and two star Dave Canterbury back; executive producer Christo Doyle said in a Facebook Q&A that Dave is not coming back. As to Matt Graham, Doyle said, “I would never say never,” and he also hinted that pairing Matt and Grady would be a possibility.

Grady said the same thing a few times in his Facebook Q&A last Wednesday: He wrote, “I’ve been working on making that happen. Stay tuned. You never know what can happen.” He also said,  “I just recently had the honor of meeting Matt, and Ive got to say, I understand why all of you boogers love him so much. Plus, he is a freaking god in the wilderness.”

Why Dual Survival changed its format and cast

One thing is clear about Dual Survival: Bill and Grady are here to stay for this season, at least. But producers and the network are aware of the anger.

“We’re seeing a pretty violent reaction on Twitter to the new guys, and I think people don’t like change. I don’t like change, but in this case, I think it’s going to be good in the long run,” Doyle said in his Q&A. Doyle is also the Discovery Channel’s vice president of production and development.

So why were the cast changes made? Doyle said: “This show Dual Survival is insanely, insanely difficult on our cast.” But he also said that, with the same cast members, “They start to get repettive—we like to keep things fresh, that’s the bottom line.”

“I think change is hard for viewers, but I’m hoping people will get used to this new format,” Doyle said in the video. He said later that things will change as the guys get to know each other better: “They’re going to have to build up a rapport … the same thing happened with Matt and Joe.”

He did suggest the format may change in the future, potentially with a pool of survivalists that allows producers to “rotate guys through” and “mix up the dynamics.”

Bill McConnell’s approach—lots of talking, especially—has annoyed both his partner (such as in the video above) and fans.

Bill’s survival partner Grady Powell told Facebook fans, “I had no say whatsoever” in the selection of his partner.

Before last Wednesday’s episode, in a Facebook Q&A that covered a lot of ground all the way to his man bun, Grady Powell repeatedly defended Bill and the show—though also acknowledged Bill’s annoyingness. First, he said that he’s aware of fans’ negative feedback:

“I read it all, and it is humorous to me. most of the angry people have terrible grammar, and are just angry. it confuses me why people choose to latch on to anger, and feel the need to be rude to complete strangers.”

When someone wrote that Bill is “the reason the show is failing,” Grady replied, “its been one episode, give it a chance.”

Asked about working with Bill, he wrote, “It feels, interesting. He is skilled, knowledgable, moody, fun… all of those things.”

When someone asked, “Is Bill really that dramatic?” Grady wrote, “YUP.” And when he was asked, “Do you ever want to tell Bill to just shut the hell up and get moving?”, Grady wrote just an ellipsis: “…”.

Finally, asked, “Is Bill really that annoying face to face? Or does he just seem that way on the show?” Grady wrote,

“TV magic. we were in a very stressful situation, we had great times out there, but as you see, we also butt heads quite a bit. we all have our days. you just havent seen mine yet.”