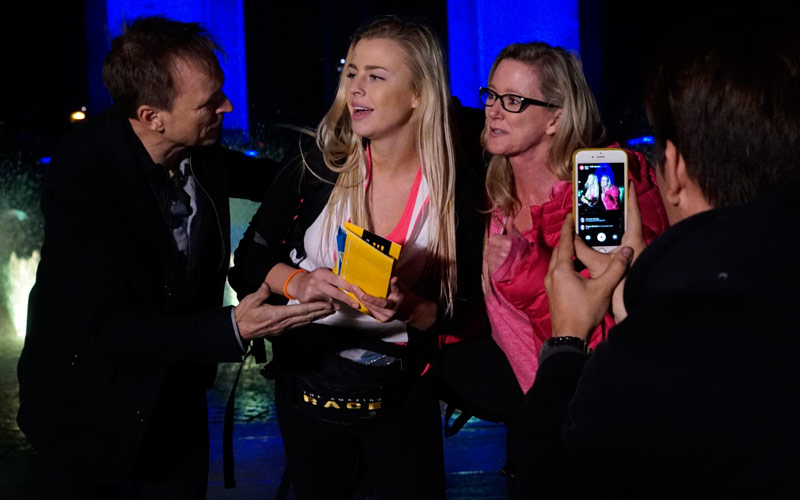 As you may have heard over the last few months, CBS’s latest attempt to bring people back to The Amazing Race involves populating the next season with a cast of “social media influencers.” Or, to put it another way, they’re doing a celebrity season, while being the first celebrity reality show to be honest about the fact that the celebrities have the combined starpower of a lesser Baldwin.

But will it work? (Non-spoiler spoiler: No.)

It would be one thing for a random casual fan to be underwhelmed by this idea. People are reactionary, after all, and it’s not as if this is a logical leap for the show to make. But that would be underselling my own credentials: in 2014, I authored a detailed guide to every Amazing Race task ever, both in this version and in the international versions; since 2011, I’ve been the administrator for Australia’s national Twitter account, which sees a different person showcase their Australia each week. So, you know, casting, social media, the show itself? I know my stuff.

The problems with this casting gimmick are, to say the least, quite numerous.

Firstly, and most obviously, you don’t draw a wide audience to your show by having a narrow theme like this. Seasons that tend to be successful have casts where everyone can find someone interesting to empathize with.

Think back to the very first season of Survivor, if you will, and you’ll realise how diverse the cast was. Whether you were there for corporate blowhard Richard, or new-age Kelly, or veteran Rudy, or self-described redneck Sue, or America’s sweetheart Colleen, or even super-religious Dirk is ultimately irrelevant: somebody in that cast was relatable.

But here you have a cast that basically all share the same background—the difference between YouTube users and Vine users is negligible, really—and unfortunately all seem, from the live first-leg Facebook stream and from the preview shown at the end of The Amazing Race 27, to be the same Always On archetype that has tended to wind up being received poorly with a few noisy contrarians.

We’ve actually seen this kind of casting before: it pretty much describes most of the cast for the last All-Stars season. That season, for those of you playing along at home, is one of the few that frequently pops up on lists of the worst seasons in the show’s history. Even the much-maligned Family Edition has more defenders at this point. (No, this is not a request for Family Edition 2.)

The cast itself is underwhelming. Even ignoring that the cast seems to have gone through the same rigorous screening process which allows shining beacons of humanity to get themselves on Big Brother every year (one of the bigger drawcards in the upcoming season is YouTuber Tyler Oakley, who has a documented history of racist and transphobic comments), it’s very much the same kind of people you’d get in a normal cast.

While that’s good in that it’s not a complete departure, it’s also bad in that there’s not really anything new to draw people in, you know?

The whole point of the show is that the world has seven billion stories and you should expose yourself to a few more, so it’s a bit odd to see the same archetypes get cast over and over. (Not that we should be surprised by one team being famous for a viral flight safety video when a former racer whose hook was “flight attendant” currently works in casting.)

The claims of this cast’s “influence” are also hugely over-estimated. Like all network shows, the key figure is the demographics that lead to advertisers, and even if you assume the concept is a CBS-enforced attempt to eschew its reputation as the Old People Channel, the show is pimping a total of 33 million followers.

But how many of those accounts are real? How many are actively following, rather than clicking subscribe and forgetting about it? How many people are being counted multiple times because they follow more than one contestant? How many are in the United States? In the target demographic? Home on Friday nights? Not already watching? Not already committed to another show in the same timeslot?

I would guess the answer is somewhere around “not many”, and certainly not enough to counter the number of current viewers vowing to stay away because they hate the concept.

This show’s approach to both gimmicks and social media has been less than satisfactory in the past.

We all cringed when host Phil Keoghan spent 90 percent of the recent “dating couples” season asking teams who’d been paired up on blind dates by the show if they’d gotten it on yet, as though the show had put more thought into the couples than a meddling spinster who tries to set her only two gay friends up without understanding that you usually need both a pitcher and a catcher (uh… for example), while the added Date Night reward twist got dumped without a trace.

And the show’s initial attempt to embrace the wonderful world of hashtags was clumsy and ill-conceived at best. (If you’re moving to a timeslot not known for good ratings and need all the publicity you can get, don’t split the discussion for your show among thirteen different hashtags.) That was before they doubled down and added hashtags for major events without doing anything to fix the existing problems. So it’s fair to say I’m not exactly confident this will be a success.

A lot of reality shows have had a lot of stupid ideas over the years—Redemption Island, Battle of the Block, Last Chance Kitchen just to name a few—and this certainly won’t be the last, but it is one of the most bizarre. Most of the time you can at least get where the producers are coming from: Redemption Island was a way to bring the “Outwit, Outplay, Outlast” mantra back at a time when Survivor was collapsing under convoluted strategy (oh, the irony), Battle of the Block was introduced to shake up Big Brother‘s stagnant strategy at a time when its producers wanted to distract from the cast’s personalities, and Last Chance Kitchen is a way to cut the pretense and let Tom Colicchio put his whole damn hand on Top Chef‘s scales.

But this idea, on this show, makes little if any sense at all. Even the Family Edition had a “You know, America, there are amazing things around here too” subtext to it that worked, as much as pretty much everything else about that season didn’t.

The saddest thing is that once you take out the cast, almost everything else that’s leaked about the upcoming season—multiple new countries, new locations in countries visited before, a visit to Mexico 25 seasons after its previous appearance, tasks much more inventive than has been the case recently (especially given the challenge-design ruts CBS’s other big reality shows have been in for a while)— suggests it could have been a modern classic.

It feels like the producers were going out of their way to make the race amazing again, after three of the last four seasons were planned to invoke past races. And while that’s very welcome at this point, it’s probably going to be ignored right when it’s needed most so more time can be spent advertising the season’s cast. Which would be a shame, because it’s clearly, clearly the weak point of the upcoming season.

Agree? Disagree? Or have your own passionate argument about something happening in reality television? The Confessional is accepting submissions.

David Bindley is an occasional blogger and writer based in Melbourne, Australia, who is often both the devil's advocate and the voice of reason. He frequently posts on both Previously.TV and Survivor Sucks, as well as posting more in-depth thoughts (mostly about challenges and production decisions) at his blog, The Fabric of Reality. As a fan of competitive television in all its guises, he has previously written detailed guides to the challenges of Survivor, The Mole, and The Amazing Race itself, and can often be found at @TheGrimRecapper.