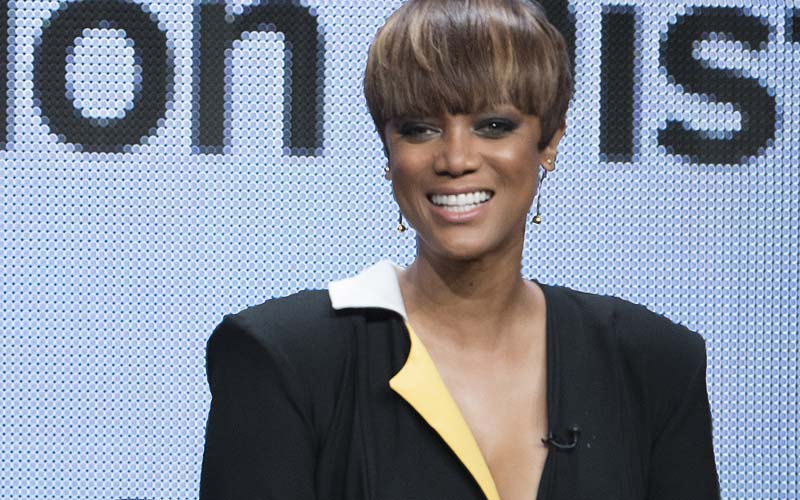 With the official announcement of The Celebrity Apprentice‘s cast apparently coming tomorrow, there’s news of a high-profile addition to the show: Tyra Banks. However, she won’t be a contestant, but instead will serve as Arnold Schwarzenegger’s adviser, in the George/Carolyn/Ivanka/Donald Jr. role.

Tyra is available: After the end of America’s Next Top Model last fall, which Tyra was done with, Tyra also quit her daytime talk show FABLife, which has since been cancelled.

Us Weekly reported the news of her Apprentice casting, adding that yesterday, Tyra “announced that she and boyfriend Erik Asla had welcomed their first child, son York Banks Asla, via surrogate.”

Will the role remain the same, or be expanded enough to accommodate Tyra’s ego? Imagining her as just an adviser and not the decision-maker on a competition reality show is challenging, but even if the role remains as it was, she’ll have some power over the contestants.

Filming for season 8 of The Celebrity Apprentice starts Monday, and the cast will probably be announced on The Today Show Friday morning.