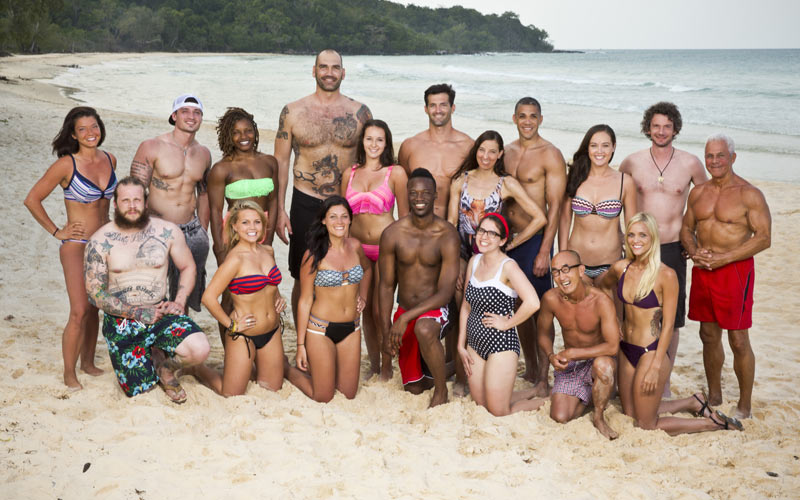 The cast of Survivor Kaoh Rong: Brains vs Brawn vs Beauty. (Photo by Monty Brinton/CBS)

CBS has officially announced the cast of Survivor Kaoh Rong: Brains vs. Brawn vs. Beauty, which has been known for some time, especially since the season was filmed almost a year ago.

The video below has some insight from Jeff Probst about how the cast fit into the three tribes. “I love the divisions,” says Jeff Probst of the arbitrary tribes he divided his cast into.

He explains that there are “literally some of the smartest people that have ever played this game,” and explains that “we have a former NBA player, we have a bounty hunter, we have a construction woman—that’s pretty brawny. Then you look at the hot tribe, and you go, Yeah, they’re hot, guys and girls.”

Actually, I just look at all three tribes and go: Okay, I don’t care, let’s watch them play the game and hopefully keep the artificial story about their brains and brawn and beauty to a minimum.

Here’s the cast and how CBS identifies them, followed by a video introduction more worth of Big Brother, and not just because there’s actually a former Big Brother cast member on the show. (I’m just grateful this isn’t the kind of intro to the cast that’s included in the actual show, which is far better at introducing characters.)