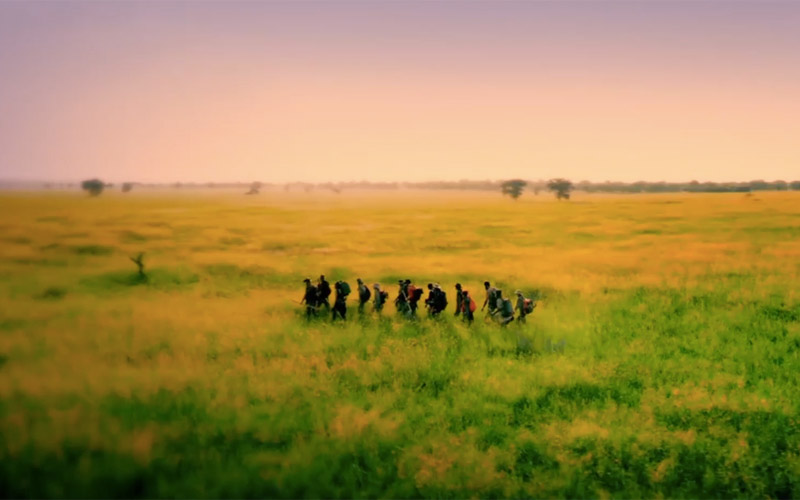 Mygrations is an upcoming National Geographic Channel series the network just announced, and as you can see in this exclusive preview, it features 20 people following the journey taken by millions of migrating wildebeest every spring.

In its announcement, the network calls this “an incredibly dangerous journey through a landscape dominated by apex predators, including lions, leopards, hyenas and crocodiles. Tens of thousands of wildebeests won’t make it—so how will humans fare?”

Mygrations’ cast is formed of survivalists and others with outdoor experience, and they will also have no maps or weapons, only food and water they’re carrying with them.

Judging by this exclusive preview, we may be rooting for the crocodiles and lions.

Hopefully their the conflict  is organic to the situation, and the show isn’t just volatile people dumped in the wilderness to create drama.

The series is produced by the UK’s October Films, which also produced Walking the Nile, a documentary that aired on Animal Planet and followed a man’s nine-month walk along the entire length of the river.

Here’s the full cast, or “the human herd,” as NatGeo’s announcement refers to them: