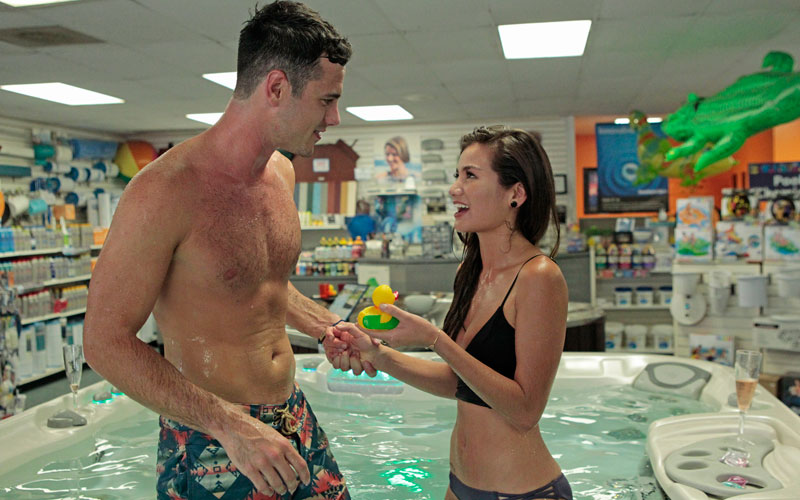 ABC’s entertainment president promised Saturday that the upcoming The Bachelorette 12 would address the franchise’s problems with diversity by casting a non-white star. That night, I briefly interviewed the series’ creator, Mike Fleiss, and asked him about the show’s diversity, or lack thereof.

I also talked about UnREAL, Lifetime’s drama that draws heavily from The Bachelor‘s early years, and that has an actor, Craig Bierko, essentially playing Fleiss. And we talked about the show’s future.

What follows is a transcript of that interview.

What do you think about the diversity of the show’s stars? Does the show need to get more diverse?

“We would like to be more diverse. We try, we put a lot of effort into that. But I think we’ve made good progress, and I think the show is relatively diverse. I know we’d like to add a little more diversity to the lead role, and that’s something we plan to do very soon.”

When you’re casting the bachelors or bachelorettes, is it hard to find people who are diverse? Do you have to make extra effort because they don’t necessarily think that show’s for them?

“Yeah. The majority—the vast majority of our applicants are less than diverse.” (laughs)

So how do you change that?

But it’s an important issue for us. I think we’ve done better lately and we’re going to continue to try to make progress, and I think in the near future, you’ll see a non-white lead in the show.”

Really smartly, I think, you have been developing this storyline that continues season to season. Do you think the show can go on indefinitely like this?

Do you think it has a limited lifespan, then?

“No, I don’t, I just don’t like to jinx it. No, the show’s really strong, and it’s not only in this country but overseas too. The concept is just powerful. As long as we keep doing a good job casting likable characters—or really unlikable characters. Hello, Juan Pablo! Then we’ll be in good shape for a while.”

I have to ask you about UnREAL, just because…

“I don’t know anything about it.”

Did you watch it at all? Do you care? They were obviously satirizing your work.

“The only non-network show we’re talking about is Making a Murderer. That’s awesome. That’s my only comment.”

What can expect the rest of this season or this summer?

“This season is what this show intended to be back in 2001. This is like the concept fully realized, because this bachelor is phenomenal.”

In what way? How is he different?

“Have you talked to him yet?”

“You should talk to him. I won’t have to explain. He’s just the most likable, sincere, down-to-earth, handsome dude you ever met your in life.”