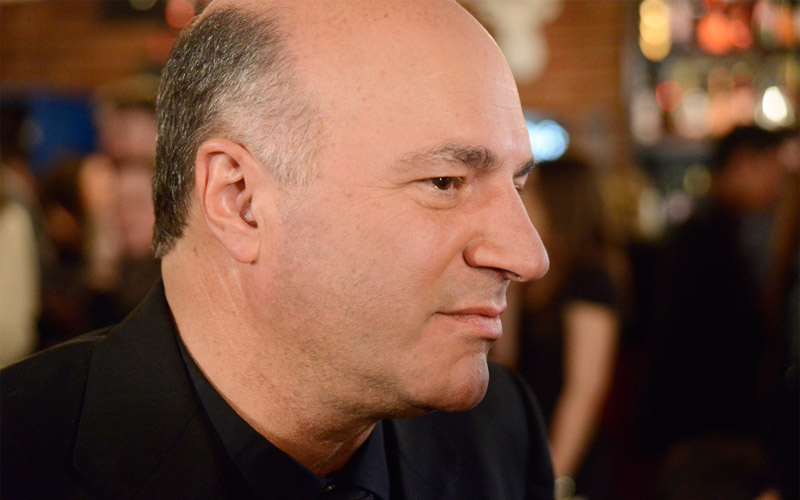 Shark Tank and Dragon's Dean star Kevin O'Leary on Beyond the Tank. (Photo by Brownie Harris/ABC)

Shark Tank and Dragon’s Den star Kevin O’Leary, who calls himself Mr. Wonderful, is considering running for political office in Canada—and says he was inspired by former Apprentice star Donald Trump’s campaign for president of the United States.

If elected to the leadership of the Conservative Party, also known as the Tories, he could end up being selected as the prime minister of Canada, if the party were to be in the majority.

“I thought at some point, someone is going to say to me, if you can be such a critic, why don’t you do better? Why don’t you try it? I thought to myself, hmmm, maybe I should,” he said on CBC News.

A columnist wrote that “O’Leary is now viewed as the most politically disruptive force in conservative Canada, especially after he announced he would invest a million dollars in Alberta if NDP Premier Rachel Notley resigns.”

In an interview with MacLeans, Kevin said that his approach on Shark Tank and Dragon’s Den is “what’s lacking in politics,” and added, “I prefer to always speak the truth. That way I never have to remember what I said.”

Asked about similarities with Donald Trump, Kevin connected himself to Trump’s success and popularity, but distanced himself from Trump’s ideology:

“Yeah, I think there are some comparisons that are valid. Certainly both Trump and I have been involved in television in the United States and we’ve enjoyed success in the areas of business reality TV, he in The Apprentice and I in Shark Tank. It does give you access to the media—that’s why you and I are talking right now. But the discussion we’re having regarding the mandates that are going to be required to manage Canada versus what Trump has to deal with in the U.S. are completely different. There’s no need to build walls in Canada. We’re a very inclusive society. We’re very proud of it, every Canadian feels that way, you don’t have to debate that mandate. There’s a populist movement afoot [in the U.S.] . . . that he’s tapped into that doesn’t exist in Canada. So I don’t think there’s any similarities after reality TV. These are two different problems.”