It’s Shark Week » Instead of lying about extinct sharks, Shark Week is doing something even more harmful.
home > networks > HBO 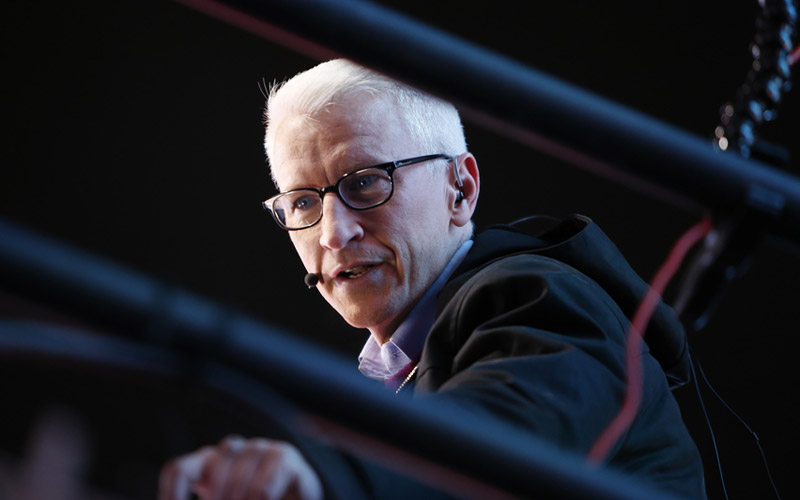 Anderson Cooper on New Year's Eve in Times Square. (Photo by A. Katz/Shutterstock)

HBO routinely and reliably broadcasts excellent feature-length documentaries, and today the network announced the documentaries that will air this spring and early summer. Among the diverse array of nonfiction films is one about former The Mole host Anderson Cooper and Gloria Vanderbilt, his mother.

Judging from clips and their interaction during their appearance at the Television Critics Association winter press tour today, it will be both charming and heartbreaking. In Nothing Left Unsaid: Gloria Vanderbilt & Anderson Cooper, Anderson interviews his mother and learns more about her life and his own.

“I know my mom in a way that I didn’t know her a year ago, or a year and a half ago, when we started this process,” he said at TCA today. “I think everybody in this room probably would like to have a new way of talking with your parent, and there’s always questions you want to ask. You kind of think, well, I’ll wait one day. I’ll ask it some other time, and then it’s too late.”

At one point during the press conference, Anderson discussed the process of going through boxes that his mother has collected, finding things such as letters from Howard Hughes, “who my mom dated when he was hot Howard Hughes,” and a box of corn flakes from 1953.

Vanderbilt, who’s 91, joked, “This sounds like that show, the Hoarders.” So yes, Gloria Vanderbilt—fashion icon, artist, and Vanderbilt—at least knows about A&E’s Hoarders, and may have just suggested a great idea for a spin-off.

These are the 18 documentaries HBO announced today, along with the network’s descriptions of each one, plus air dates: