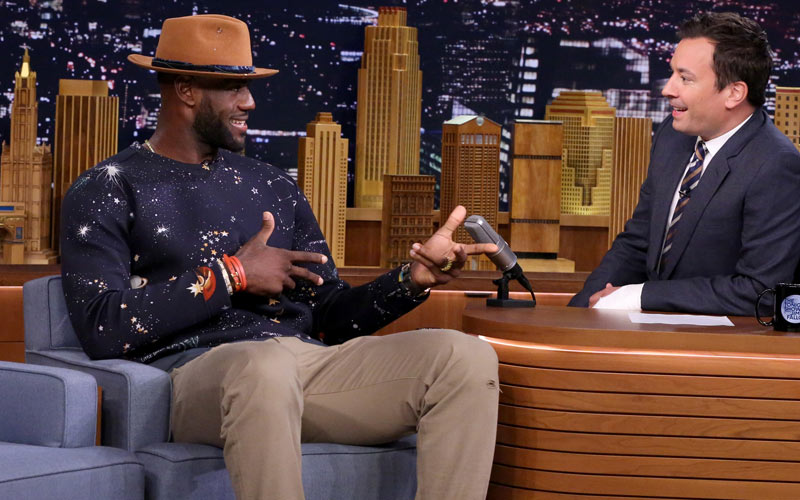 Over the past few weeks, TV networks have announced several new unscripted shows, many of which were announced at the Television Critics Association’s winter press tour. There are many other new shows coming up (here’s a full list), and there were others that were announced that I’ve covered elsewhere, like this one.

Of those announcements, four new reality shows caught my eye as ones that sound intriguing—in both good and bad ways. They range from a network series that’s knocking off an MTV series, to a show with challenges hosted by a genius theoretical physicist.

Of course, what’s on paper and what’s on the screen can vary significantly, as it’s all in the execution. But let’s look at what the networks have said about these new shows.

It sounds like the combination of structure plus documentary that has worked well for The Profit, but it really seems to hinge on who these “four trusted business experts” are and how good they are on camera, never mind with the people they’re mentoring.

CNBC said this about the new show:

In Cleveland Hustles, NBA superstar LeBron James and his longtime friend and business partner Maverick Carter will give four aspiring local entrepreneurs the chance to realize their own dreams while also helping to revitalize a neighborhood in Cleveland. LeBron and Maverick will enlist the aid of four trusted business experts and associates, who will in turn invest in and mentor fledgling entrepreneurs who need a little jumpstart. In success, these four businesses will provide jobs and services for neighborhoods that desperately need investment.

Charismatic host Steve Harvey, who’s quickly becoming the go-to-host, will interact with talented kids in this NBCs series, which has Ellen DeGeneres as an executive producer.

Little Big Shots sounds reminiscent of  Kids Say the Darndest Things, which was hosted by Art Linkletter (and, later, for two seasons, Bill Cosby, so don’t expect that connection to ever be made before). Here, though, it’s just with kids doing some kind of performance in addition to saying cute things.

Unscripted kids are the best, because they’re, you know, unscripted and haven’t yet been taught to protect their authentic selves from judgement by burying them under layers of facade.

As host, Harvey goes toe to toe with some of the smallest performers with the biggest talent in this new program featuring the world’s most extraordinary kids.

Little Big Shots showcases young talent, from musicians, singers and dancers to a 4-year-old basketball phenom, a 5-year-old reincarnation of Bruce Lee and every form of wunderkind from around the globe. These gifted performers will awe the nation with their talents, slay us with their cuteness and wow us with their accomplishments. These phenomenal kids show us once and for all that talent is born, not made.

Fox gets into the dating game

Yes, the untitled series sounds mostly like a knock-off of Are You the One?, with shades of Temptation Island and The Bachelor. As a result, it also seems like the kind of dating show Fox would have aired 10 years ago, not this year.

Unrelated to this show is another announced Mark Burnett show: a live musical nativity that will air next Christmas.

From the press release about the dating show:

FOX has ordered 10 episodes of an unscripted dating series from Emmy Award-winning executive producer Mark Burnett (Survivor, The Voice). Set in the Caribbean Islands, the series will take the instant “yes or no” connection of modern digital romance to the next level. Single men and women will match up, based on their instant chemistry, but the real soap opera will unfold when these budding couples discover whether or not they have the compatibility to make their relationships last. Further details will be announced at a later date.

“I am so happy to be making my first dating series with FOX,” says Burnett. “It’s a genre that attracts a wide audience and our series gives a very fresh perspective that mirrors real life.”

A Stephen Hawking-hosted competition with challenges

On Monday at TCA, PBS announced a six-episode series presented by Stephen Hawking. On each episode, PBS says “Prof. Hawking presents three ordinary people with a series of physical and mental challenges to show them how to think like a genius.”

How exactly this will all work isn’t clear, but there will be “large-scale experiments and remarkable demonstrations,” and it sounds like a really fascinating combination.

“Do you need to be a genius to answer the big questions?” said Prof. Stephen Hawking. “I’m very pleased to be back on the air for PBS and National Geographic International with Genuius—a project that furthers my lifelong aim to bring science to the public. It’s a fun show that tries to find out if ordinary people are smart enough to think like the greatest minds who ever lived. Being an optimist, I think they will.”

[…] Through the use of large-scale experiments and remarkable demonstrations, the program decodes the mysteries of evolutionary biology, astrophysics and quantum mechanics, solving questions like “Why am I here?,” “Are we alone?” and “Can we travel through time?” Each episode features three people with curious minds who must use their own intellect to learn what humanity’s most notable thinkers have discovered about the greatest scientific mysteries over the centuries. Genius takes its participants (and viewers at home) back in time—to ancient Greece, where Eratosthenes calculated the Earth’s circumference—and to more recent history and such thinkers as Edward Hubble, who uncovered and established the distances between our planet and the vast galaxies throughout the universe.