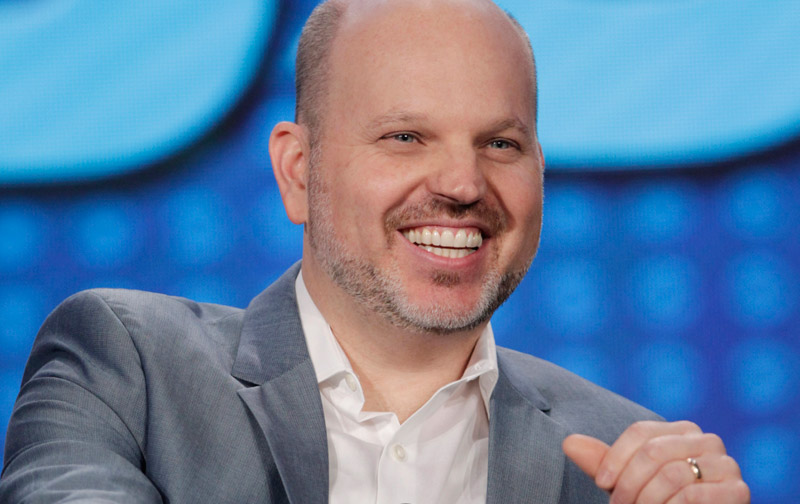 In his first moments addressing the media for the first time at a Television Critics Association press tour, CBS’ new president of entertainment, Glenn Geller, made his commitment to reality television very clear:

“A little bit about who I am. I’m a big fan of reality, both as a viewer and a programmer.  Survivor and Big Brother are appointment TV for me and my husband, and I have plans for more reality at CBS.”

Fans of reality television, this is excellent news. Fans of Survivor and Big Brother, rejoice. (Fans of Amazing Race—well, I don’t know. It didn’t even occur to me until long after his session that he didn’t mention TAR at all, and no one asked.)

Geller’s enthusiasm as a fan of those two shows is a good sign for their future, but I also don’t think this means CBS will suddenly let Big Brother and Survivor run wild. If anything, I hope that having a passionate fan of the shows as the head of the network means both will get positive attention and useful, creative feedback that will help them grow. In particular, Big Brother could use a push to take risks and try new things instead of remaining in its comfortable rut; Survivor could use some notes about reigning in certain elements (for example, its well-intentioned but increasingly overbearing host).

Hunted: “the next big reality hit”?

During the press conference, Geller also said that “reality often defines the brand of a network” and specified that was “certainly Survivor for us.”

Not insignificantly, the first show he bought in his new role at CBS was a new reality competition.

Geller talked briefly about that series, Hunted, which is not-unfamilar format CBS is importing from the UK’s Channel 4. While it does not have an airdate and is currently casting teams of two, Geller was very confident about the show:

“I think we found the next big reality hit.  I’m very excited about it.  It was the first buy for me as the entertainment president.  It’s called Hunted. It is a straighttoseries order.  It’s based on a U.K. format that aired on Channel 4, and essentially it’s teams of people, teams of two, regular people like you and me, and we go on the run, and we are being hunted by real-life professional law enforcement, and they are the hunters, and if we can outlast the hunters for 28 days, we get $100,000.

What I love about this show is it essentially brings the procedural element that we’ve been showing our audiences every year through our procedurals into the reality space. It literally feels tailormade for CBS.

And I gotta tell you: We screened the British pilot for the executives at CBS, and I’ve never seen a more animated conversation after the screening. There’s something for everyone in it, and to me, that’s exactly what great reality TV has: big appeal for kind of all audiences. And I can’t wait to the get it on the air.”

How much like the UK show CBS version is remains to be seen, and it’ll be curious to see how they work out the logistics considering this is at least similar to a format ABC couldn’t figure out years ago. But it is definitely smart to connect it to the other kinds of shows that work well for the network. And even though it’s an established format from the UK, it’s also great to see a network taking a risk in this era of hesitancy, fear, and stagnation in reality television.

Hopefully, having a fan in charge of all entertainment at one of the big-four networks will help move the genre forward.