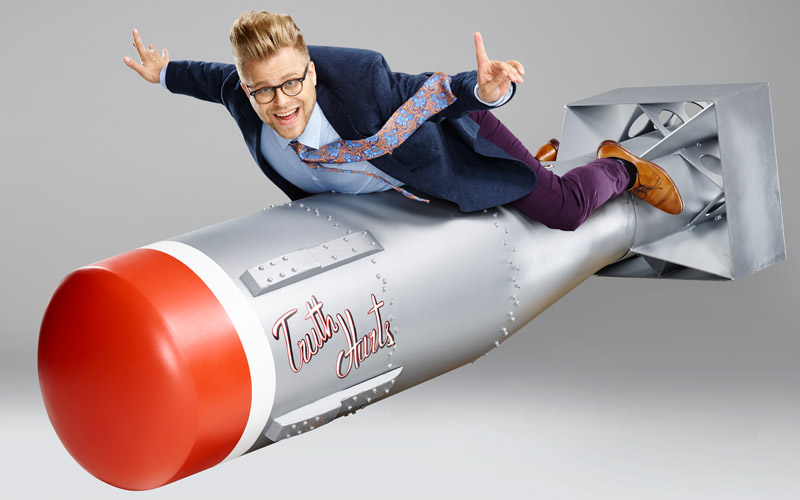 Adam Conover is going to ruin more things on truTV, and that ruins nothing because it’s a terrific series. The network announced that 14 new episodes of Adam Ruins Everything will debut later this year, following the successful 12-episode season one that just concluded. The network noted that it’s in the top-10 of cable networks in 18-34, and its viewers have a median age of just 29.

It’s also just really entertaining. Yes, the show is scripted, with over-the-top acting and ridiculous plots. But at its core is a lot of reality: solid, well-researched information—sources even pop up in the corner of the screen—all delivered by a super-engaging host.

Adam Conover reminds me of Alton Brown with his enthusiasm and intelligence, and his ability to deliver complex information in a way that makes you want to listen. His know-at-all persona is actually charming, not grating. This is a series that makes strong cases against everything from flushable wipes to wedding rings, gendered clothing to confidential salaries, orange juice to tuna.

That’s the real achievement of this series: lecturing to people about touchy subjects seems like a challenging proposition, if not an impossible one for a TV show, but Adam Ruins Everything makes it work.

Just watch these 20+ examples from the show: